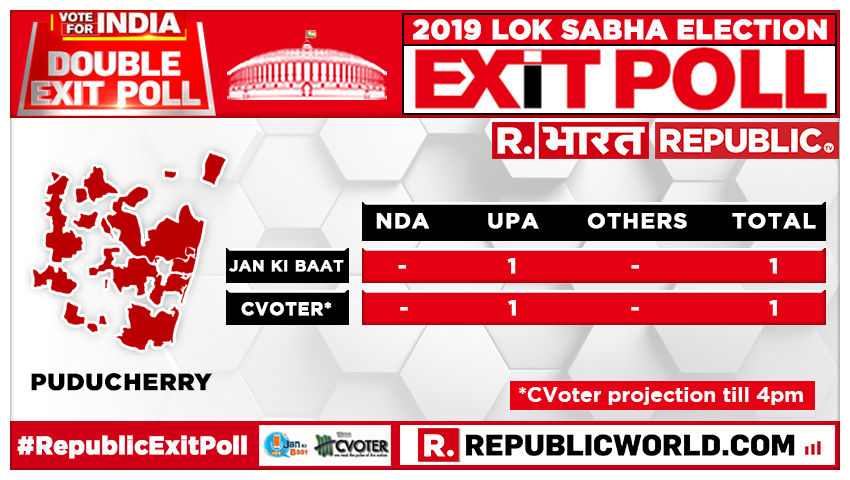 In 2019, UPA is projected to secure one seat, while leaving none for NDA as predicted by both the pollsters- CVoter and Jan Ki Baat. The CVoter vote-share projection indicates that UPA will secure 62.8%, 25.2% for NDA and 12% for Others.

The Union territory in 2014 elected AINRC and in 2009 elected the Congress party on its single seat. For the 2019 Parliamentary elections, it went to polls on April 18. 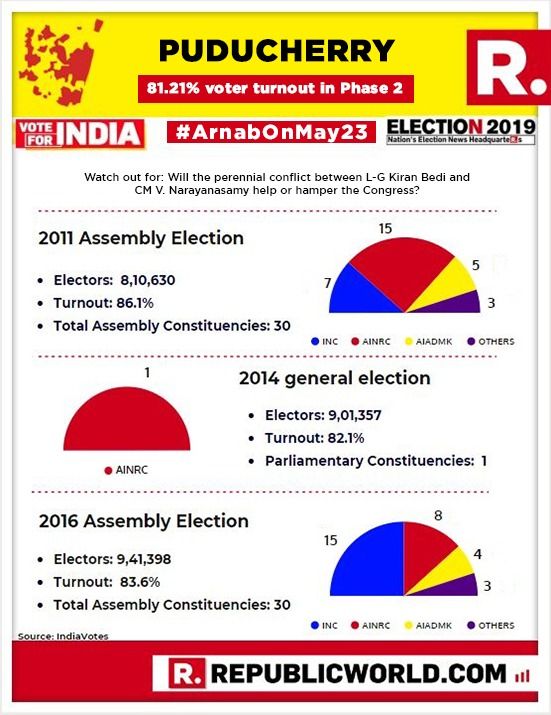