The electorally significant state of Tamil Nadu sends 39 MPs to the Lok Sabha, which saw voting on April 18 in a single phase. The state witnessed an estimated 71% voter turnout with DMK and AIADMK locking horns in 38 constituencies. The Election Commission countermanded the elections for Tamil Nadu's Vellore Lok Sabha constituency following the massive seizures of unaccounted cash made by Income Tax (IT) department from the cement warehouse of a DMK functionary.

Following a volatile three years in the state which witnessed the demise of sitting CM and AIADMK chief Jayalalithaa as well as her predecessor and DMK chief Karunanidhi, the 2019 Lok Sabha polls present the first opportunity for the state to gauge where it stands politically. Tamil Nadu has also seen the entry of actor-turned-politician Kamal Haasan's political party Makkal Needhi Maiam (MNM) contesting in these elections. Furthermore, in February 2019, Congress and DMK-led by MK Stalin sealed an alliance for the polls, following which the BJP allied with the AIADMK. Along with these, TTV Dinakaran’s Amma Makkal Munnetra Kazhagam (AMMK) is also in the fray, but more so for the by-elections to 22 assembly constituencies which will also have results declared on May 23. 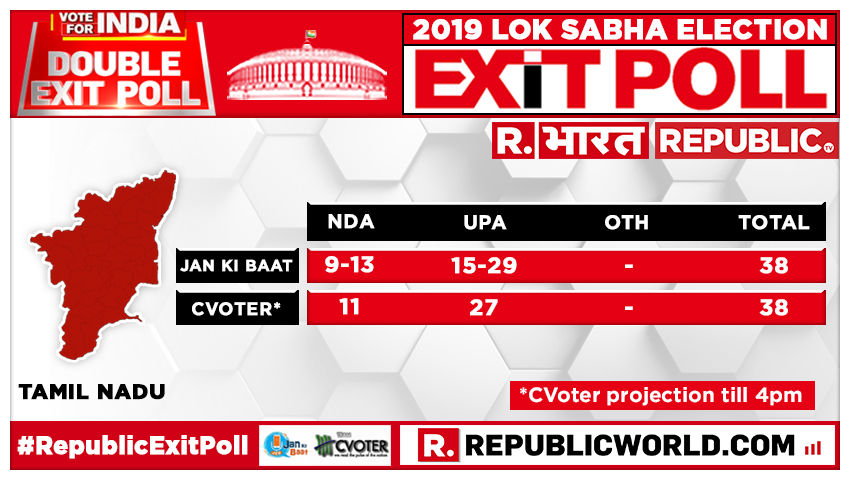 As per Jann Ki Baat's projection, the UPA comprising Congress and DMK is projected to emerge on top in the state with the DMK leading the charge.

In the 2014 General Elections, the All India Anna Dravida Munnetra Kazhagam (AIADMK) clinched a massive 37 seats with a total vote share of 44.9 per cent, emerging as the country's third-largest party. To put things into perspective, the Congress won only 44 seats in 2014. 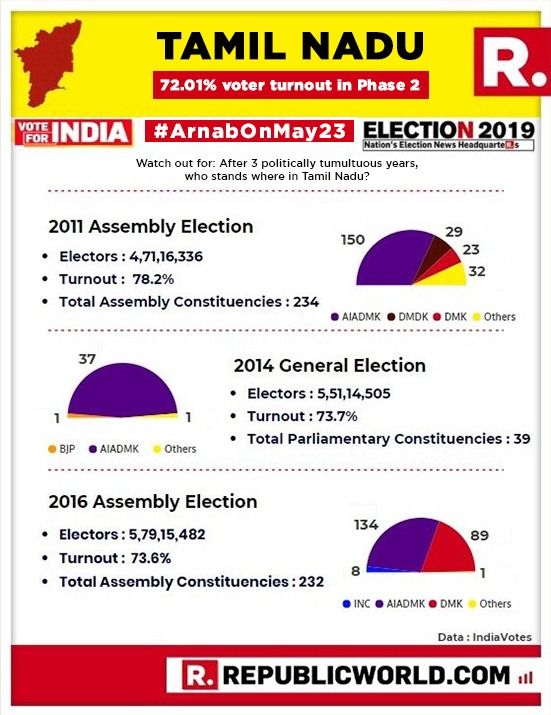