The state of Tripura is one that has a lot of eyes on it, with one of the reasons being that it witnessed an incredible result in the Assembly polls that were held in 2018 when the BJP sensationally defeated the Left in its own bastion. The big question ahead of the polls was whether there would be a repeat.

Here is the projection for Tripura (Total seats 2) 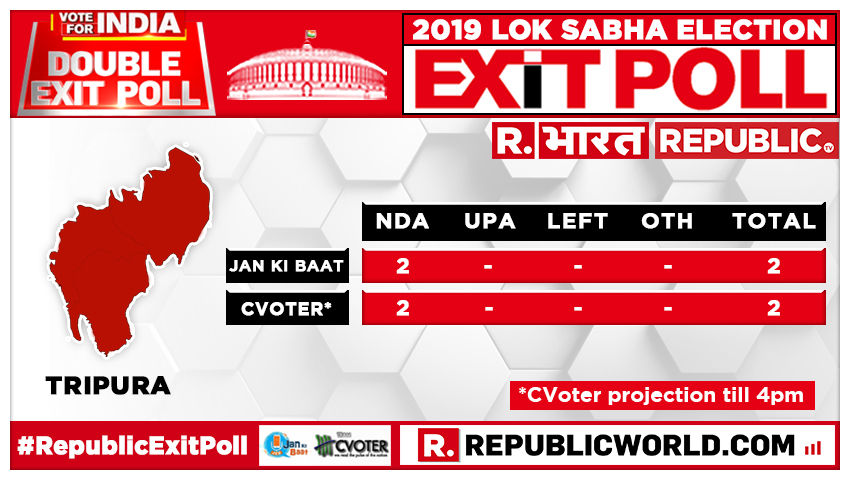 Now, as per the predicted figure, it is clear that NDA will continue to have its stronghold in the state. It is projected that NDA will win both the parliamentary seat in the state whereas UPA and CPM will be left behind empty handed.

According to Jan Ki Baat projection, the picture is similar to the C-Voter prediction. NDA is likely to with both the parliamentary seat in the state whereas UPA and CPM will be left empty-handed.

According to available reports, Tripura registered the highest voting percentage at 83.21 percent out of the states that went to polls in the first phase. Moreover, the voter turnout in the 2014 General election concluded at around 85.50%. 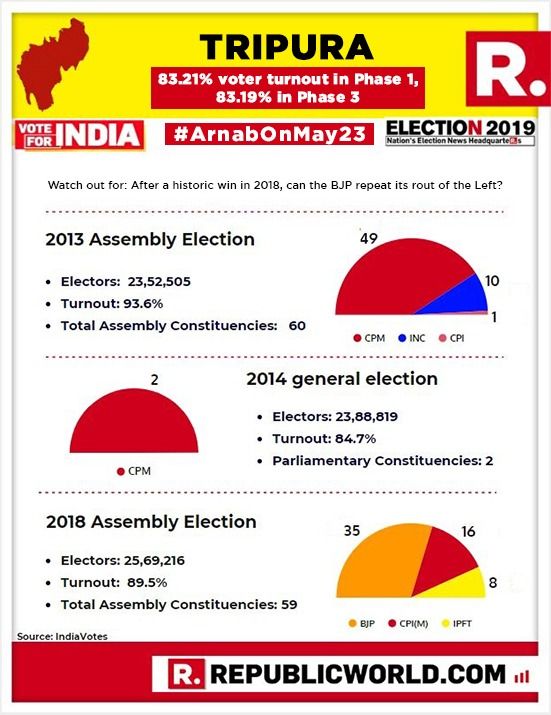 At present, the Bharatiya Janata Party (BJP) is in power in Tripura with Chief Minister Biplab Deb looking after the state administration. In the past five years, the BJP has made inroads in Tripura and other Northeastern states.