Just a couple of days before Priyanka Gandhi's visit to Ayodhya, posters have emerged from the city in which the younger Gandhi sibling is portrayed as a 'Ram bhakt'

In the election season, it seems the Congress party is banking on the 'God' card to work some magic to defeat the BJP in the upcoming Lok Sabha polls.

Just a couple of days before Priyanka Gandhi's visit to Ayodhya, posters have emerged from the city in which the younger Gandhi sibling is portrayed as a 'Ram bhakt'.

The local Congress workers have put up banners welcoming Priyanka to the city of Lord Ram. In the poster, Priyanka can be seen of the left side, with Lord Ram's photo placed in the middle, while Congress president Rahul Gandhi is placed on the right side. 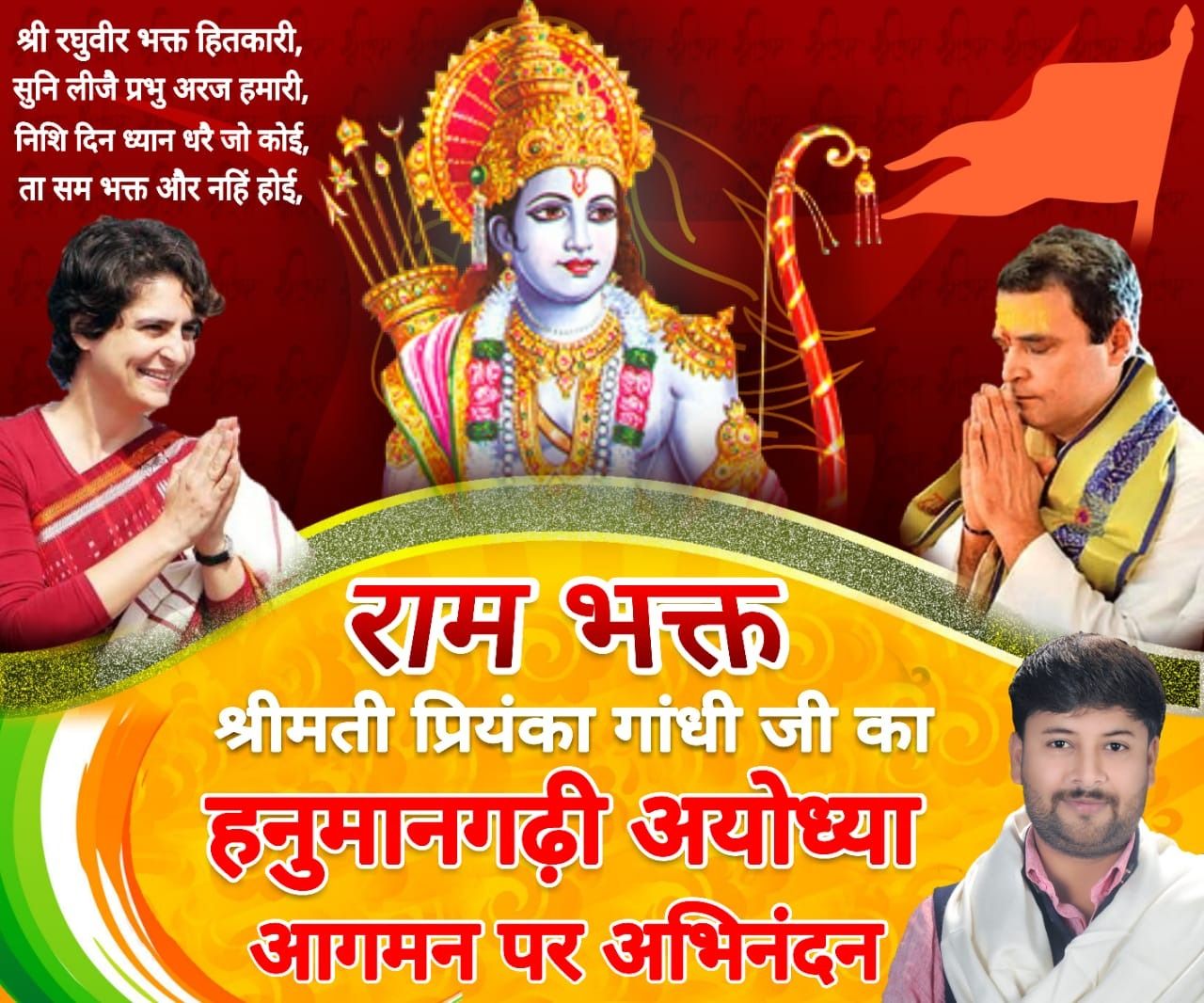 This isn't the first time that a member of Congress, to be precise the Gandhi family, has been portrayed as a devotee. Just over a month ago, similar posters emerged from Rajasthan, wherein party president Rahul Gandhi was addressed as a 'Ram bhakt'.

It came just a few day after the party workers in Bihar portrayed the Gandhi scion as Lord Ram. Pictures of the poster showing Rahul Gandhi's photo morphed to look like Lord Ram came into the light. Furthermore, the poster also had pictures of UPA chief Sonia Gandhi and Priyanka Gandhi Vadra on one side.

The poster also includes a slogan as well, saying "Ve Ram naam japte rahe... tum Ram bankar jio re!", which translates to.. They kept on chanting the name of Ram.. you live long being the Ram"! 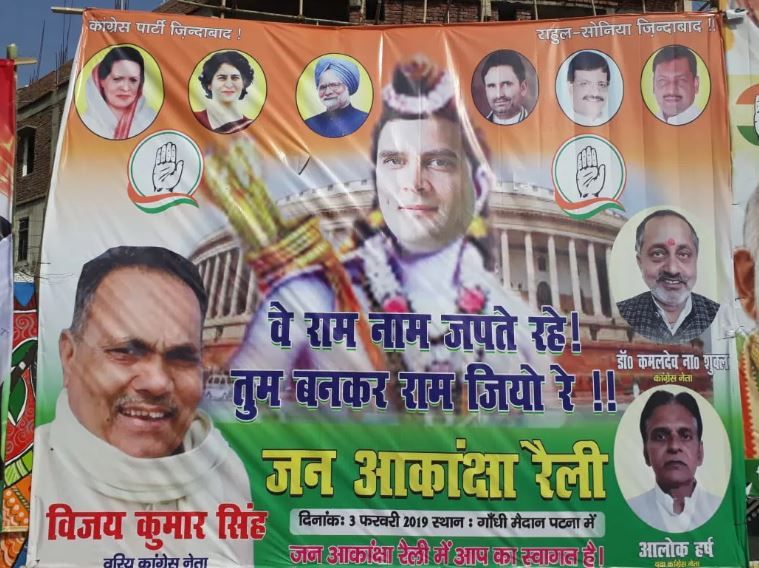 In 2018, just before the five-state elections, posters had emerged of Rahul Gandhi as a Shiv-bhakt, which came at a time when the Congress president visited Kailash Mansarovar.

Congress President Rahul Gandhi during #KailashMansarovarYatra with other pilgrims pic.twitter.com/hMLqL6KzOw