The Bharatiya Janata Party has released its star campaigner list on Monday for the state of Uttar Pradesh. 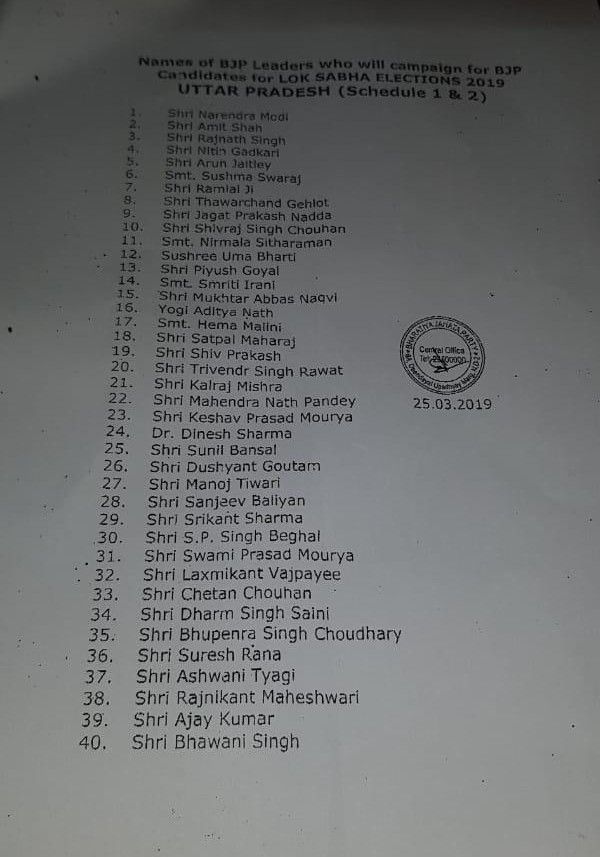 While the final call is yet to be taken by the senior leadership of the party, with the decision expected to be taken by Monday night, the move will surely make the Congress party think, considering the performance of the BJP leader in her constituency in 2014.

Sonia Gandhi is a three-time sitting MP from Rae Bareli, and had defeated BJP's Ajay Agarwal by over 3 lakh votes in 2014. But given Lekhi's display in 2014, when she had managed to defeat both AAP's Ashish Khaitan and Congress' then sitting MP Ajay Maken by over 1.5 lakh votes, the contest, should her candidature be confirmed, will be a close one.

Already, the Congress party seems unsure of its president Rahul Gandhi retaining his seat from Amethi. The unsurity comes given Smriti Irani is going all-out in terms of her own contributions in the constituency over the last five years, holding a series of rallies, with PM Narendra Modi doing the same just weeks earlier at the inauguration of an ordnance manufacturing unit.

The developments concerning Amethi forced Congress to contemplate a second safe seat for the Gandhi scion, with the option of Wayanad looking like an option they'd consider.