IN PICTURES : PM Modi Shares A Message For People Of Varanasi After Filing His 2019 Election Nomination

Taking to Twitter, PM shared pictures of his nomination and sought the support and blessings from the people of Kashi.

Here are some pictures: 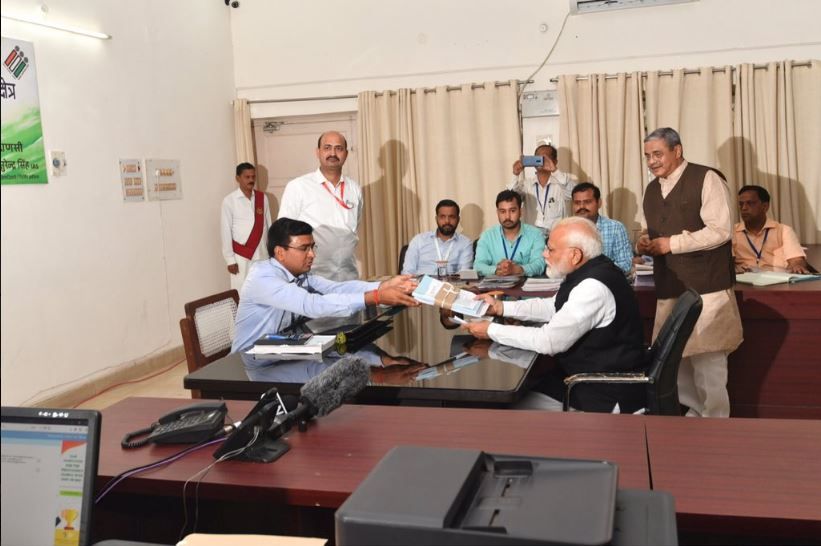 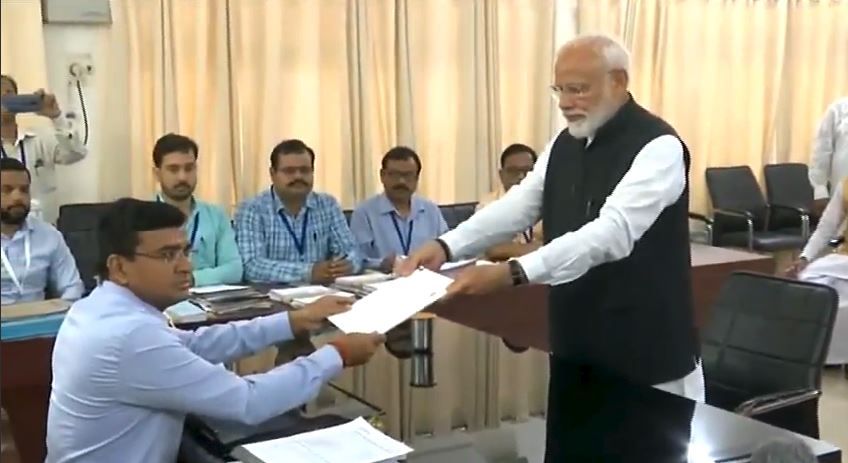 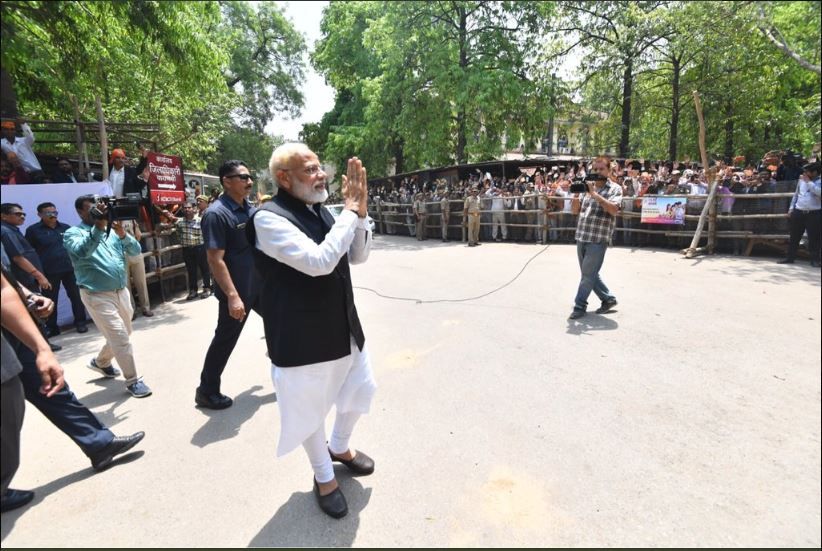 Today, I filed my nomination papers as a candidate for the Varanasi Lok Sabha constituency in the coming Parliament elections.

I seek the support and blessings of the people of Kashi. Together, we will continue to transform this special city. pic.twitter.com/TfCV5thQbj

READ: This Is How PM Modi Thanked All The NDA Leaders For Their Massive Show Of Solidarity At His Nomination-filing In Varanasi

As PM Modi filed his papers at the Collectorate seeking a second term in the Lok Sabha from the holy city, BJP leaders including party president Amit Shah, Uttar Pradesh Chief Minister Yogi Adityanath and senior Union ministers Rajnath Singh and Sushma Swaraj, were also present at the occasion.

Before reaching the Varanasi Collectorate office to file his nomination, PM Modi also paid a visit to the temple of Lord Kala Bhairav and offered prayers.

A day prior to filing his nomination, Varanasi witnessed PM Modi​​​​​​'s massive seven-kilometre roadshow. Later, he participated in the "Ganga aarti" at the Dashashwamedh ghat and addressed a late-night meeting.

In 2014, PM Modi won the Varanasi Lok Sabha seat, defeating Aam Aadmi Party chief Arvind Kejriwal by a massive margin of 3.37 lakh vote. PM Modi polled 5,16,593 votes about half the total votes while Congress' Ajay Rai finished third. Ajay Rai is the Congress candidate again this time from the constituency that goes to the polls on May 19.

WATCH: Here's PM Modi's Unmissable Suggestion While He Was Filing Election Nomination At The Collectorate In Varanasi