Prime Minister Narendra Modi has completed his nomination-filing and returned to the Rifle Club Hall where the NDA senior leaders are present. Visuals below:

#ModiWave | After completing his nomination-filing, PM Modi returns to the Rifle Club hall where the NDA senior leaders are present. Tune in to Republic TV for #LIVE coverage form Varanasi here - https://t.co/LGCyJUEBn5 pic.twitter.com/nktSheGfod

The Prime Minister has filed his 2019 Lok Sabha election nomination with senior NDA leaders present for the event.

He filed his papers and took oath at the Rifle Club in Varanasi. His proposers were also present.

Watch the videos below for highlights of his nomination-filing:

#ModiWave | WATCH: PM Modi takes the candidate oath for election to Parliament, while filing his nomination papers from Varanasi. Tune in for the non-stop #LIVE coverage https://t.co/LGCyJUEBn5 pic.twitter.com/HV7TQLU2gh

WATCH: PM Modi's Gesture Of Deep Respect For Prakash Singh Badal As They Meet At The Nomination-filing Centre In Varanasi 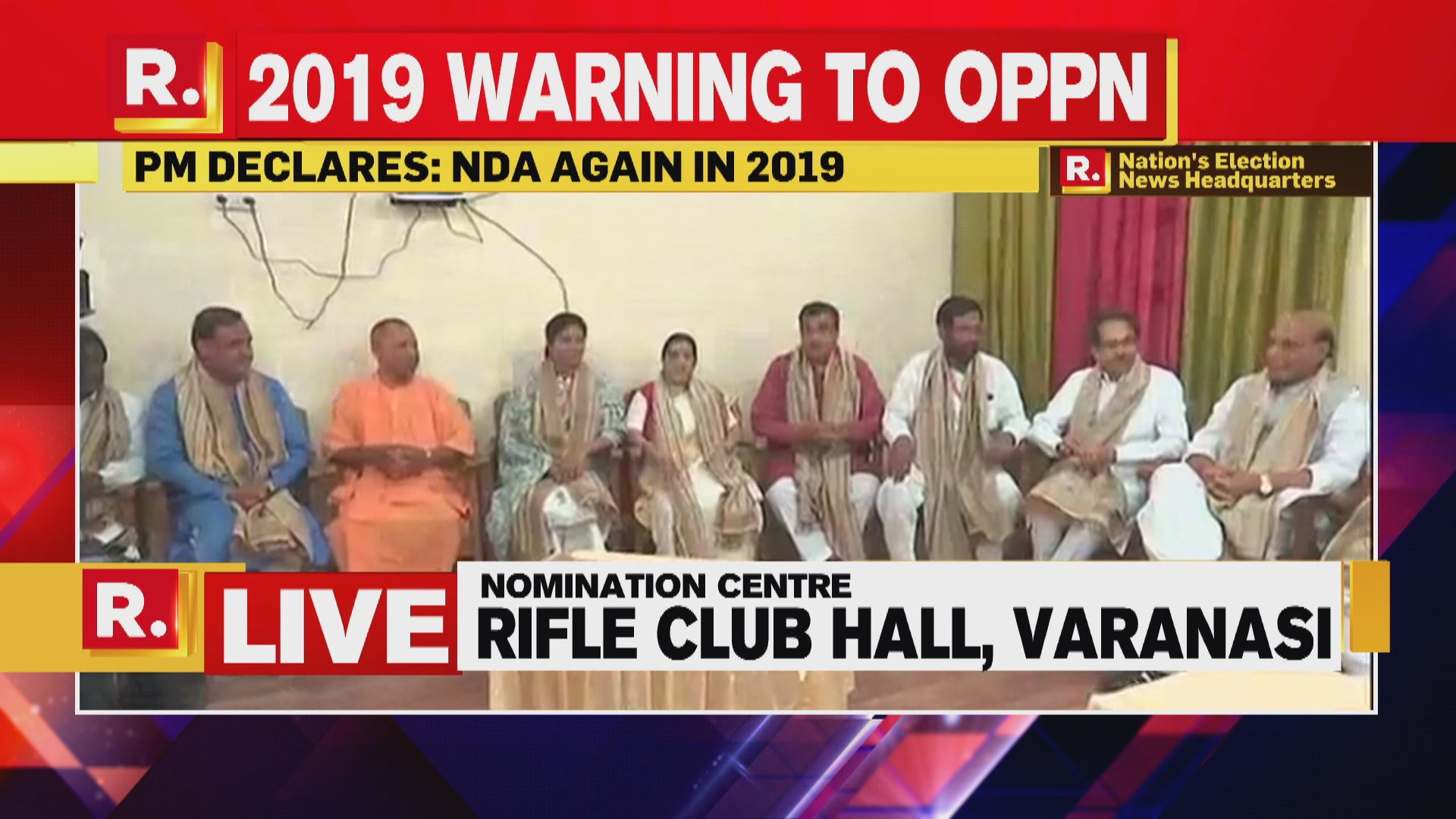 PM Modi arrives at the nomination centre in Varanasi.

#ModiWave | WATCH: PM Modi arrives at the Rifle Club in Varanasi where he will file his nomination. Tune in to watch the widest coverage on Republic TV here - https://t.co/LGCyJUEBn5 pic.twitter.com/rAWJSLmdgu

PM Modi offers prayers at the Kaal Bhairav Temple in Varanasi, departs to file his nomination for the 2019 Lok Sabha elections.

#LIVE | PM Modi offers prayers at the Kaal Bhairav Temple in Varanasi, departs to file his nomination for the 2019 Lok Sabha elections. Tune in and watch here - https://t.co/LGCyJUEBn5 pic.twitter.com/4un9vhlUjk 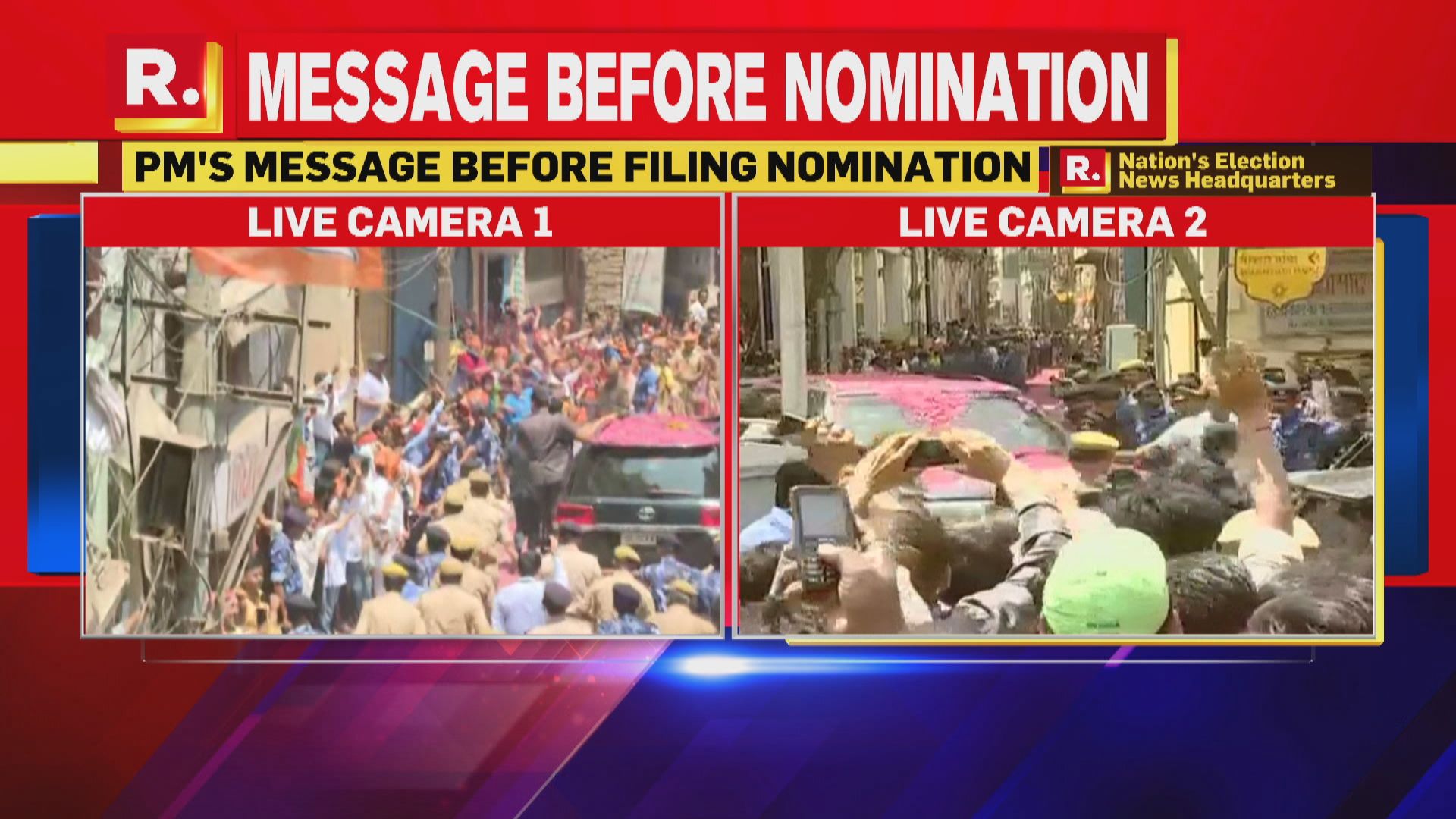 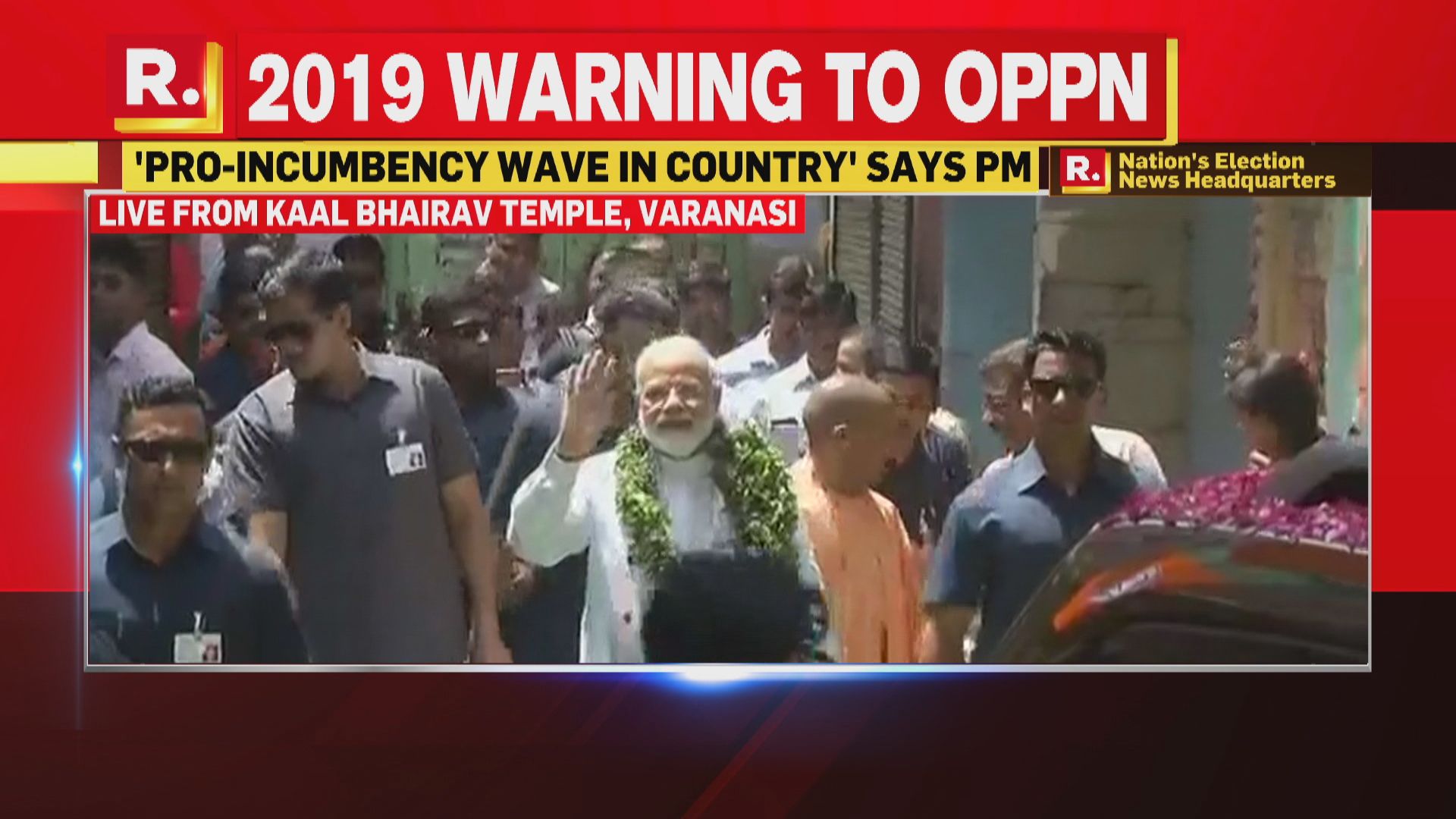 PM Modi's cavalcade reaches the Kaal Bhairav temple in Varanasi ahead of his nomination-filing.

#LIVE | PM Modi greeted by UP CM Yogi Adityanath as he reaches the Kaal Bhairav temple ahead of his nomination-filing in Varanasi. Tune in to watch here - https://t.co/LGCyJUEBn5 pic.twitter.com/iJSR9tD3bx

Two of the four proposers for Prime Minister Modi's nomination for Lok Sabha elections 2019 from Varanasi.

Let whoever wants to use abuses direct them at Modi. Whatever garbage they hurl, I use it as fertiliser and this results in the 'Kamal' blooming: PM Modi addresses the rally of BJP cadre in Varanasi ahead of filing his nomination.

I will not enjoy winning in Varanasi if my friends, my karyakartas lose their booths: PM Modi in Varanasi while addressing BJP cadre.

#LIVE | Let whoever wants to use abuses direct them at Modi. Whatever garbage they hurl, I use it as fertiliser and this results in the 'Kamal' blooming: PM Modi in Varanasi. Tune in here - https://t.co/LGCyJUEBn5 pic.twitter.com/tFdEDd0c9J

#LIVE | We have to break some records. I am not interested in winning with maximum votes, I want to see the democracy win: PM Modi 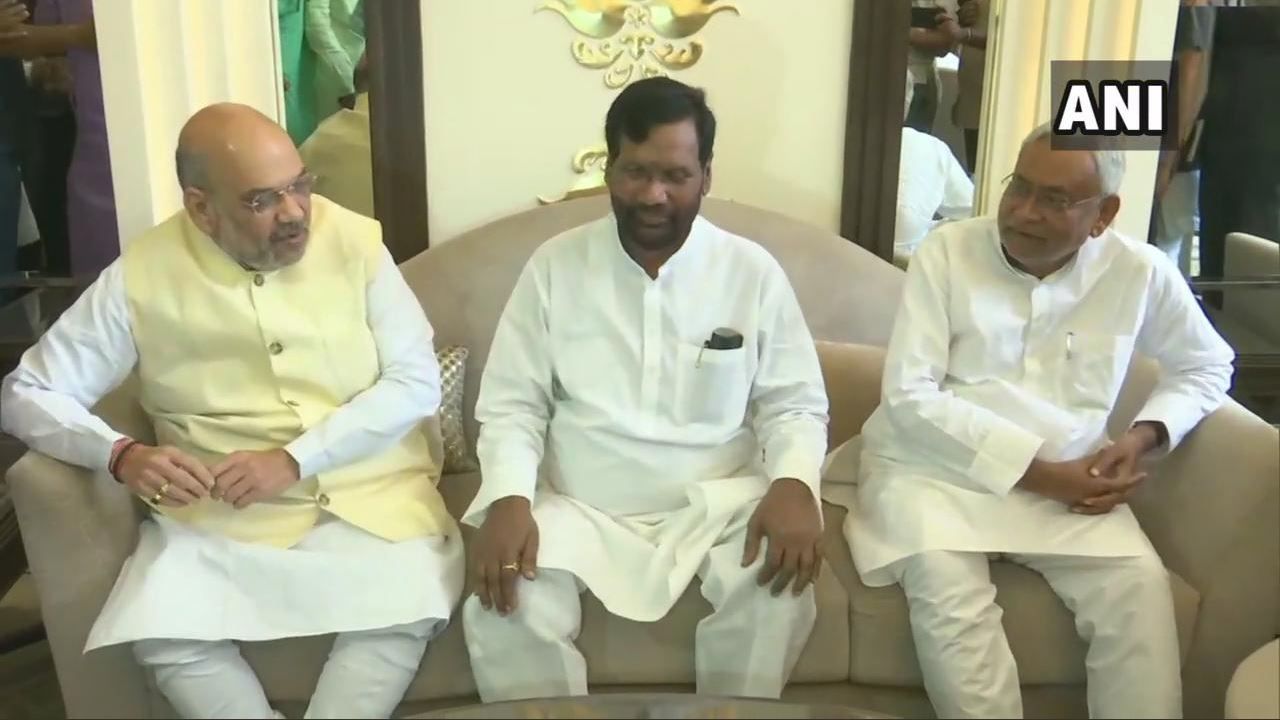 PM Narendra Modi addresses a rally in Varanasi ahead of filing his 2019 Lok Sabha election nomination.

Prime Minister Narendra Modi will file his nomination for Varanasi Lok Sabha constituency on Friday. Senior leaders of the NDA are expected to be present in the holy city to accompany the Prime Minister for the occasion.

Dear sisters and brothers of Kashi,

If only words could do justice to the affection I have received from you all.

Your blessings give me unparalleled strength to do as much I can for the development of our country! pic.twitter.com/xpimOTZjGp

Later in the evening, PM Modi also participated in the Ganga Aarti on the banks of the holy river.

On the banks of the Ganga, prayed for India’s peace and prosperity.

Glimpses from the magnificent Ganga Aarti in Kashi. pic.twitter.com/ip4QQbb9ij

READ: 5 Reasons That Consolidate On The Pivotal Question- Is There A Modi Wave?

PM Modi is set to contest the 2019 polls against Congress' Ajay Rai and SP leader Shalini Yadav in Varanasi constituency.

The prospects of a mouthwatering Priyanka Gandhi Vadra versus Narendra Modi contest on the Varanasi seat came crashing down after Congress fielded Ajay Rai instead of the Gandhi sibling, despite her nod on the candidature upon her brother and Congress president's final call.

In the 2014 Lok Sabha polls, Prime Minister Modi won from Varanasi by a margin of 3.37 lakh votes. AAP leader Arvind Kejriwal and Rai were among the candidates from the seat. While Kejriwal came in the second place, Rai stood third in the vote tally.

Varanasi will go to polls on May 19 in the last phase of the Lok Sabha elections. The counting of votes will take place on May 23.