Mamata Banerjee's Trinamool has complained to the Election Commission about PM Narendra Modi's Kedarnath visit on May 18 and its media coverage saying it is a blatant violation of the Model Code of Conduct.

Mamata Banerjee's Trinamool has complained to the Election Commission over PM Narendra Modi's Kedarnath visit on May 18 saying it is a blatant violation of the Model Code of Conduct.

On Saturday, Prime Minister Narendra Modi shared a glimpse of his journey to the Himalayan shrines. He also consulted and reviewed the redevelopment projects of the Kedar valley after 2013 floods.

Taking objection to the event the party has called it a 'gross violation of the MCC' its complaint and said that the poll panel which is the eyes and ears of the polling process has remained blind and deaf to it.

"...surprisingly, Shri Narendra Modi's Kedarnath Yatra is being covered and widely televised for the last two days in all national as well as local media. This is a gross violation of the Model Code of Conduct. He even announced that the Master Plan for the Kedarnath Temple is ready and also addressed the public and the media at Kedarnath. lt is absolutely unethical and morally incorrect.," the complaint said. 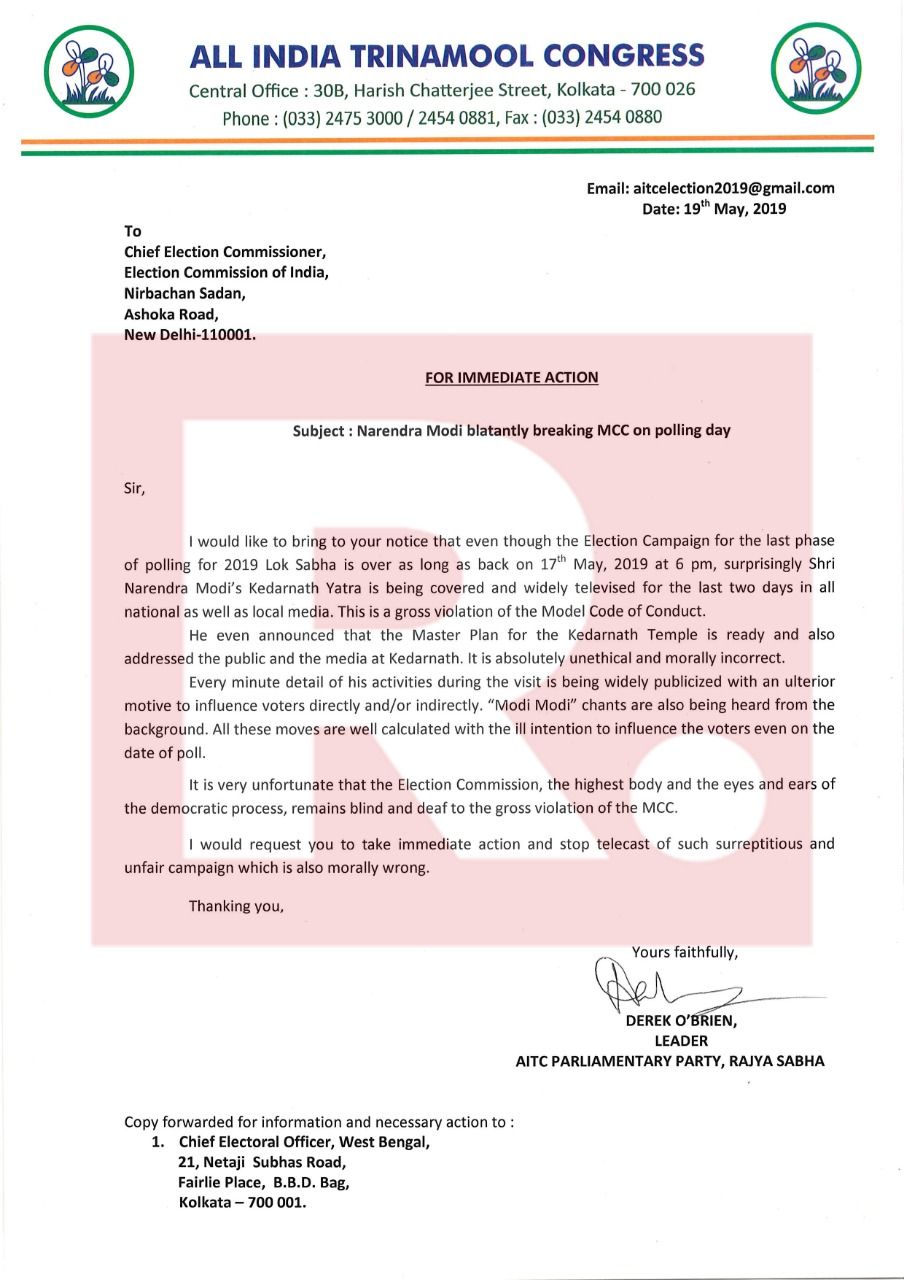 Taking to Twitter, Sitaram Yechury on May 18 had said religion is a matter of personal faith alleging that Modi violated the MCC brazenly with footage of his Kedarnath religious activity over TV channels'. He went on to allege that the Election Commission is not taking action against the BJP because it's 'sleeping'.

"Country has seen his meditation in 2002, in name of cow, as Anti-Romeo squad. Demonetisation was also a meditation. Even God knows his mediatiion, people will give an answer to his meditation on May 23."

READ | 'Will Drag PM Modi To Court With Criminal & Defamation Cases, If He Doesn't Substantiate His Statement With Proof,' Says Mamata Banerjee's Nephew Abhishek Over His Legal Notice To PM For His 'Emergency Under Bua-Bhatija' Remark