The complaint details Kolkata police's alleged intervention in the matter adding that it had warned the customs officials that they should "release immediately (Banerjee's wife) or face problems".

The customs official, after much interference from a team of Kolkata police which came from the NSCBI Airport station, checked all bags belonging to the women and found over 2 kgs of gold in three out of seven bags.

The complaint was filed following the incident which took place on the intervening night of March 15-16, 2019.

Below is the complaint: 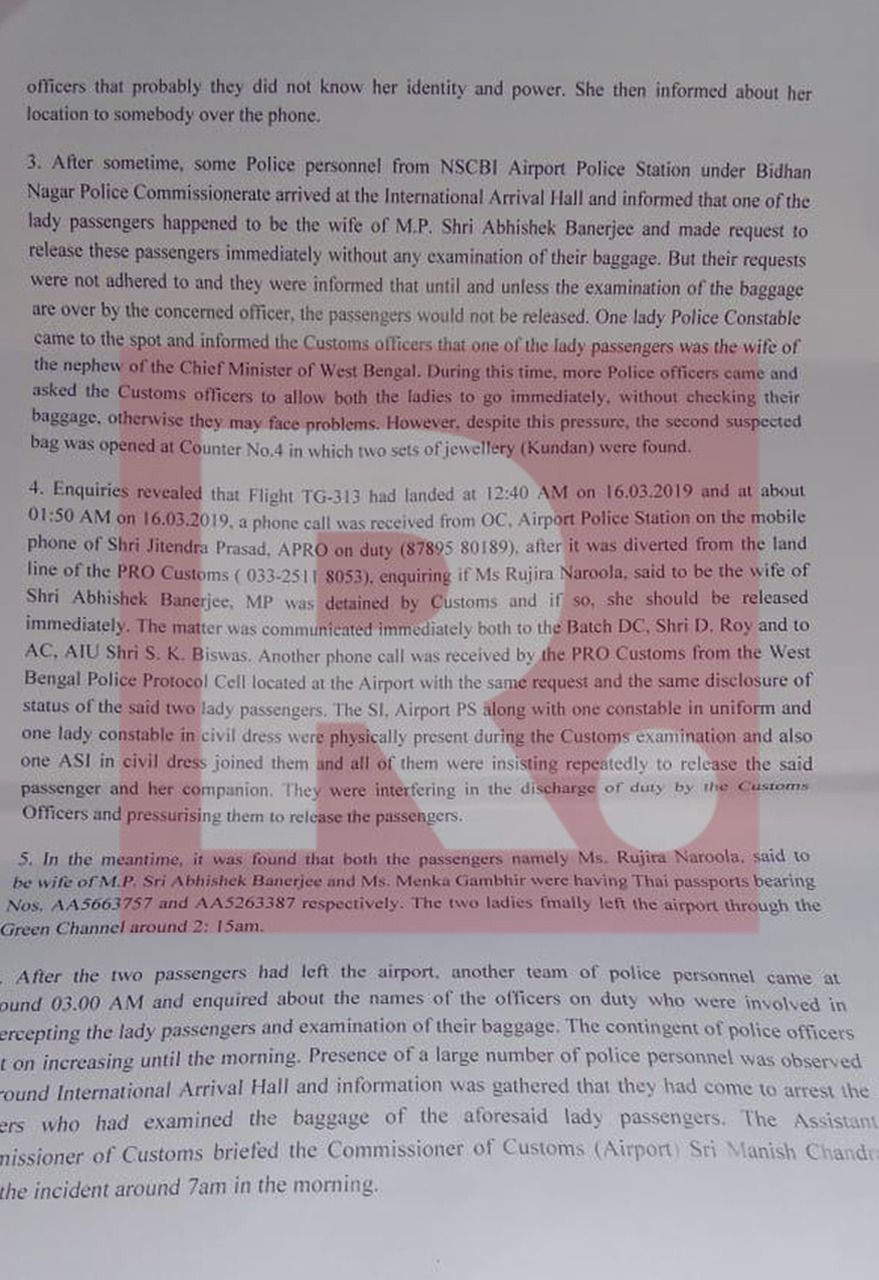 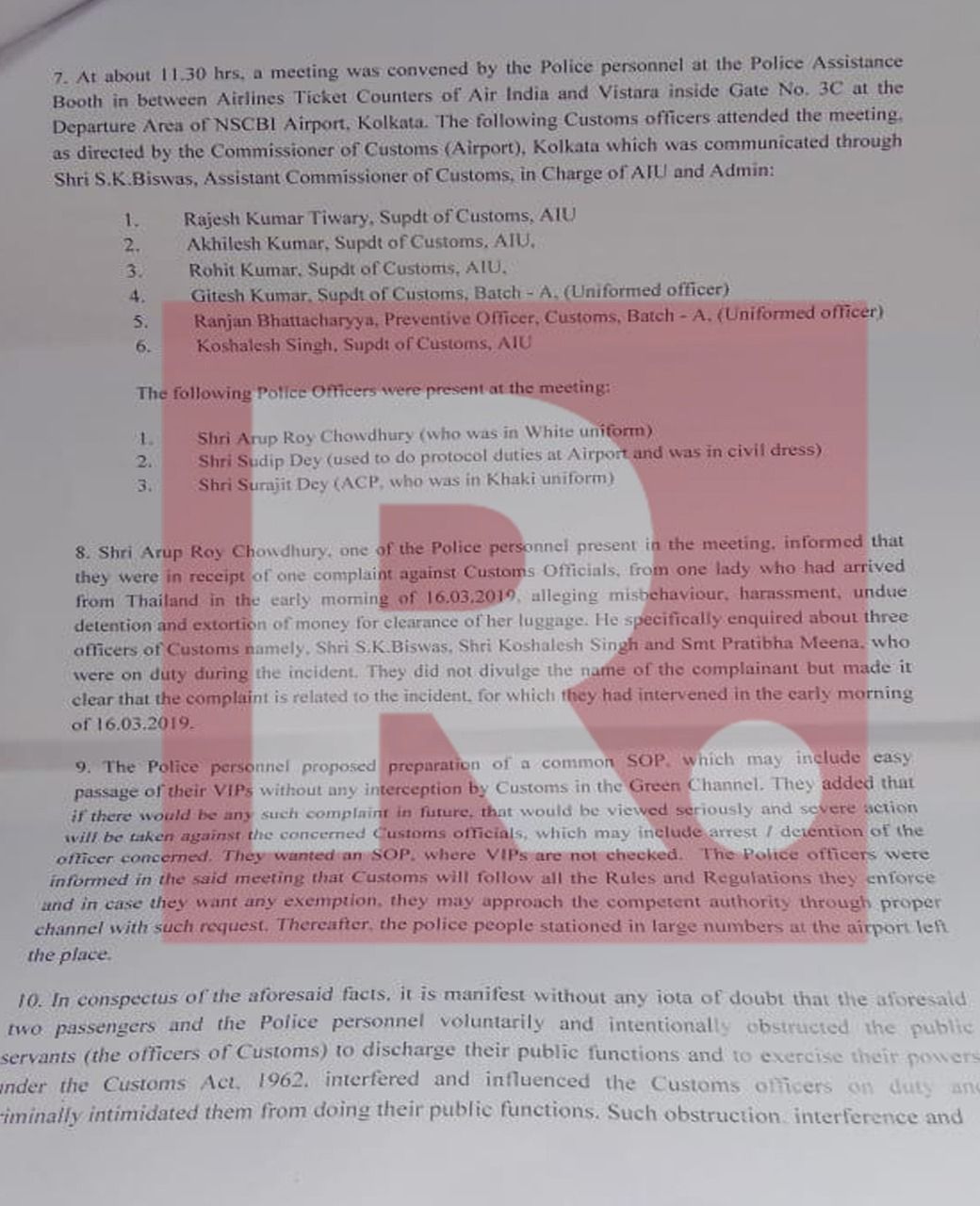 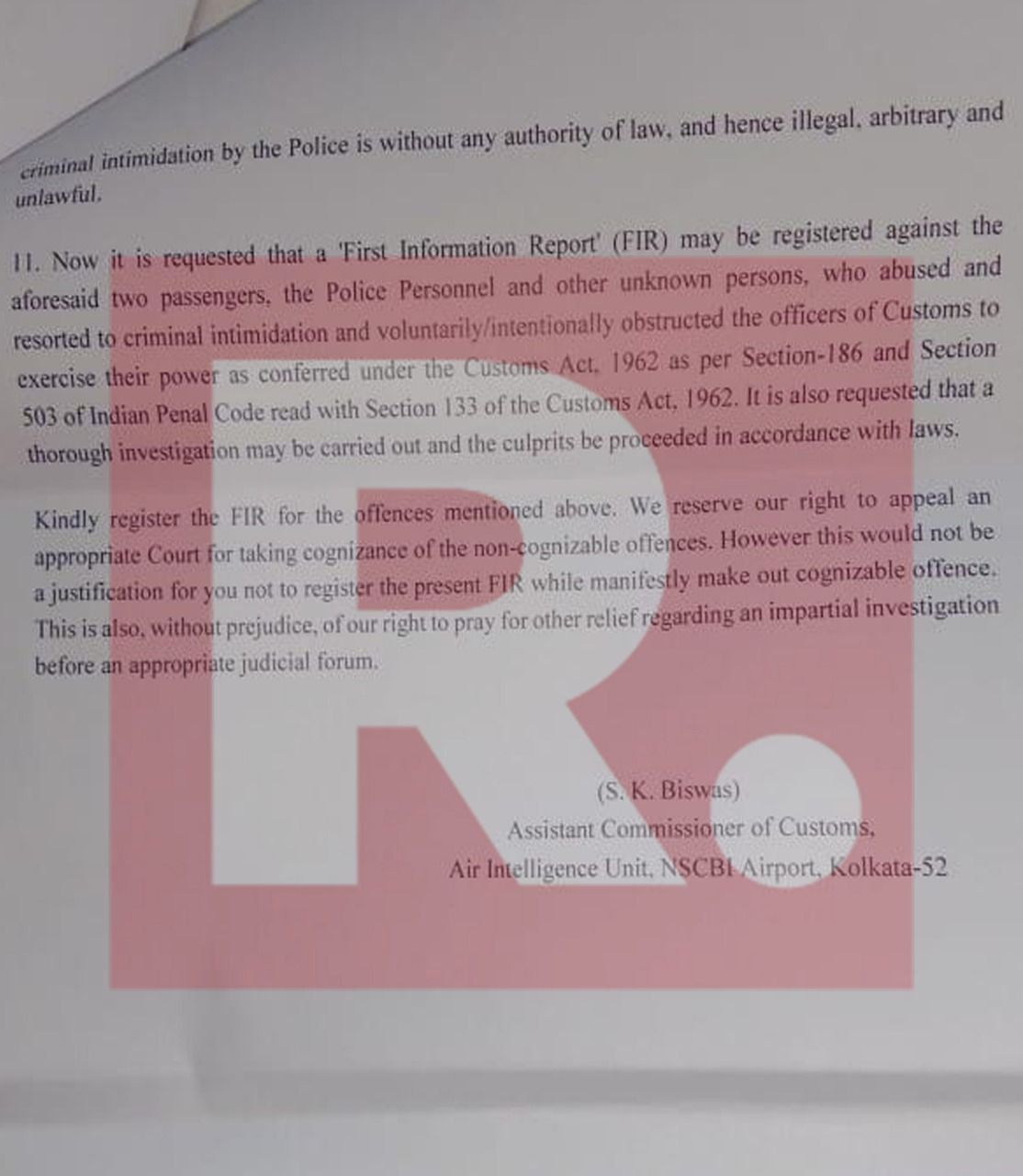 The incident unfolded as follows:

A standoff was witnessed in the city's airport, according to a report, as as the police squared off against the customs department.

There was a showdown over a woman passenger allegedly being caught with 2 kilos of gold. She arrived on a Thai Airways flight from Bangkok, as per reports, and upon being held post-screening, called her husband who turned out to be Abhishek Banerjee, Lok Sabha MP and West Bengal Chief Minister Mamata Banerjee's nephew.

Following her phone call, a number of Kolkata police personnel allegedly arrived on the scene in an effort to extricate her, which they were able to do.

However, consequent to this, the issue has snowballed into a political controversy, with numerous politicians highlighting what had happened and asking if there had been a political angle.

Woman caught with a Thai Passport carrying more than 2 KILOs of Gold - when everyone knows she is voter of South KOL • No prize for guessing who the Lady of the Young Powerful Politician IS !! We shall ensure a thorough enquiry is done on this !! pic.twitter.com/N40WwXFgVl