EXPLAINED | Goa Election: Over 50% MLAs Defected To Other Parties Since 2017; BJP Biggest Beneficiary

As the Goa election draws closer, the spate of defections in the poll-bound state has increased with 4 BJP MLAs quitting the party in the space of 4 weeks. 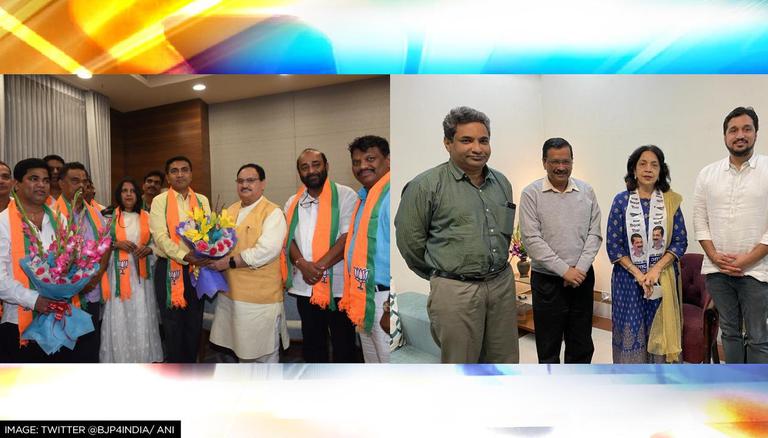 
As the Goa election draws closer, the spate of defections in the poll-bound state has increased with 4 BJP MLAs quitting the party in the space of 4 weeks. However, a deeper analysis reveals that this phenomenon has radically altered the composition of the state Assembly since 2017. For instance, BJP that secured only 13 seats in the previous election now has a comfortable majority of 23 whereas Congress which bagged 17 seats now is left with only two MLAs- Leader of Opposition Digambar Kamat and Pratapsingh Rane.

This Assembly term saw its first defection immediately after the 2017 Assembly polls with Valpoi legislator Vishwajit Rane violating the Congress whip during the trust vote proceedings. Eventually, the late Manohar Parrikar managed to prove his majority with the support of 3 MGP MLAs, 3 GFP MLAs, two Independents and NCP MLA Churchill Alemao. Later, Rane was re-elected from the same seat on a BJP ticket and was inducted into the Cabinet. In October 2018, two more Congress MLAs- Dayanand Sopte and Subhash Shirodkar joined BJP thus resulting in both parties being neck-to-neck in the Assembly.

Amid the political uncertainty in the state with Parrikar's demise, two out of three MGP MLAs joined BJP in March 2019 thus automatically making it the single-largest party. The saffron party's strength went up further as Sopte and Shirodkar were re-elected in May 2019. In a major shock for the Congress party a few months down the line, 10 of its MLAs switched allegiance to BJP without attracting the risk of disqualification. Since December 2021, 8 more MLAs have switched sides in the wake of the upcoming Goa election.

Overall, a total of 23 out of 40 Goa MLAs are no longer a part of the original party on whose ticket they won the previous election. This includes Congress-turned-BJP leader Atanasio Monserrate who won the by-election to the Panaji constituency which was necessitated by Manohar Parrikar's untimely death in 2019. The biggest beneficiary of the defections has been BJP with 17 MLAs from other parties joining its fold. Most importantly, only three out of these 17 legislators won a by-election on a BJP ticket whereas the rest continued to function as MLAs without any legal consequences.

As per the election schedule announced by the Election Commission of India on January 8, the state will go to the polls on February 14 whereas the counting of votes shall take place on March 10. With 11,56,762 registered voters on the electoral rolls, the polling stations have been increased to 1722. In view of the COVID-19 situation, all physical rallies and roadshows have been banned until January 15 and the polling time has been increased by 1 hour. Even as BJP is seeking re-election, Congress, AAP and TMC have emerged as key contenders.