Gujarat's Saurashtra region, which accounts for 48 out of the total 182 Assembly seats in the state with a sizable Patidar and Other Backward Class (OBC) population, has the potential to tilt the power game in favour of or against the ruling BJP or opposition Congress in the next month's elections. 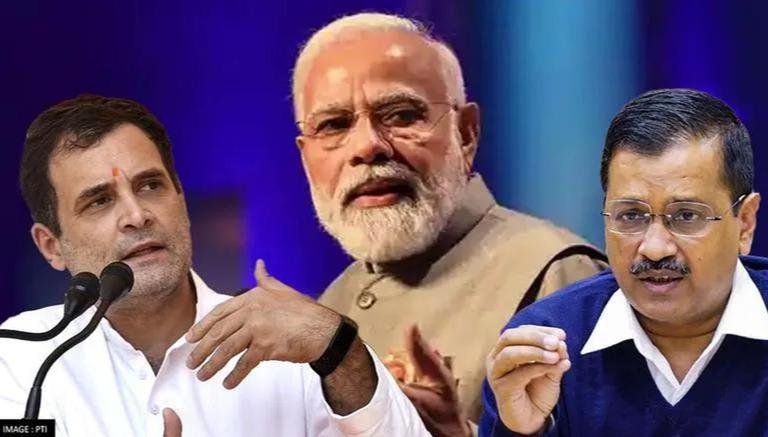 Gujarat's Saurashtra region, which accounts for 48 out of the total 182 Assembly seats in the state with a sizable Patidar and Other Backward Class (OBC) population, has the potential to tilt the power game in favour of or against the ruling BJP or opposition Congress in the next month's elections.

In the 2017 Assembly polls, the Congress had bagged 28 seats in this region, improving its previous election's tally of 15 and helping it restrict the Bharatiya Janata Party's victory count to 99. Political observers attributed the grand old party's impressive show in the region to the 2015 Patidar community's quota agitation that targeted the BJP government.

But improving the numbers or at least keeping them intact in the next month's Assembly polls would be a challenge for the Congress as unlike the reservation stir, there is no issue that would serve as an "emotional ground to unite" this time. Besides, the Arvind Kejriwal-led Aam Aadmi Party (AAP) can also pose a hurdle in the way, the observers feel.

The ruling BJP, which could win just 19 seats in the region in the 2017 elections as against 30 in 2012, is also making concerted efforts to regain its lost ground by poaching Congress MLAs.

There are 11 districts in this region - Surendranagar, Morbi, Rajkot, Jamnagar, Devbhumi Dwarka, Porbandar, Junagadh, Gir Somnath, Amreli, Bhavnagar and Botad. In the 2017 Assembly, BJP had failed to open an account in three of these districts - Morbi, Gir Somnath and Amreli.

For the Congress, which has been out of power in Gujarat for more than two decades, it is important that it sustains its 2017 performance in Saurashtra in order to regain the lost ground in the state. But this is not going to be easy for it given the fact that the 2015 Patidar quota agitation that united Patidars against the ruling BJP is missing this time, the political observers said.

Furthermore, Hardik Patel, the most prominent Patidar agitation leader who had joined the Congress in 2019 and was appointed its working president, snapped ties with the party earlier this year and joined the BJP which has even fielded him from Viramgam seat this time.

The AAP, which is for the first time contesting on all 182 seats in Gujarat, can play spoilsport for the Congress as the younger generation of the Patidar community is seen supporting the Arvind Kejriwal-led outfit, experts said.

At the same time, the BJP is seen compensating for any lack of support from the Patidar community with the OBC, another major community in the region, which is mainly spread along the coastal belt and accounts for nearly 40% of seats, they said.

"From what appears at the first glance of seat allocation, the BJP has increased the number of OBC candidates it has fielded this time in the region. If it suffers any loss from Patidars, it hopes to make it up with the support of OBCs," said political analyst Dilip Gohil.

He said the Patidars from Saurashtra, especially young voters who work in Surat and are influenced by the AAP, are likely to keep away from both the BJP and Congress.

This way, the Congress will be hurt more than the BJP, he said.

"With uncertainty about how this community will behave in the next month's elections, Congress will also have to bank on the support of a sizable population of Koli and other OBC community members spread along the state's coastal belt," sociologist Gaurang Jani said.

"The Congress's good performance in the Saurashtra region was due to the Patidar quota agitation that took place before the 2017 Assembly elections. Five years down the line, however, the community does not have an emotional ground to unite," he said.

Ever since its poor performance in the region in 2017, the ruling BJP has made concerted efforts to regain its lost ground by poaching Congress MLAs, some of them being heavyweights who are influential in the region and in their community.

As seen in the BJP's ticket allocation in the region, the party appears to be banking on Congress turncoat MLAs and fresh faces to attract votes, the observers said.

Of the 20 Congress MLAs, who defected to the BJP in the course of five years after winning the 2017 elections, half of them were from Assembly constituencies in the Saurashtra region.

As per the BJP's first list of 160 candidates released Thursday (November 10), a majority of these Congress turncoat MLAs who had won the byelections after resigning from Congress have been fielded by the ruling party.

At the same time, the party has given prominence to fresh faces by refusing to repeat around a dozen of its sitting MLAs, including former chief minister Vijay Rupani, senior leader R C Faldu, among others.

The Congress traditionally enjoyed a support base in these coastal seats with a strong OBC base.

"There are 147 OBC communities in Gujarat. The coastal areas will be vital in deciding the fate of the Congress. They (OBCs) have a sizable population, but they are not united as a group unlike Patidar, Brahmin and Rajputs. "BJP remains on a weaker ground in these areas. The poaching of Talala MLA, an OBC leader from a coastal seat, shows BJP is trying to create a network of supporters in the region," Jani said.

Elections in Gujarat will be held on December 1 and 5, and the counting of votes will be taken up on December 8.