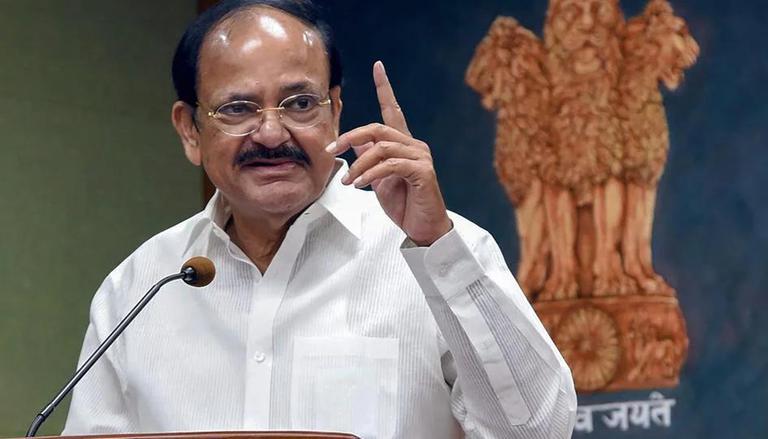 
With Vice President and Rajya Sabha Chairman M Venkaiah Naidu's term coming to an end on August 10 and his successor Jagdeep Dhankhar taking the oath of office on August 11, Naidu was accorded a farewell in the Rajya Sabha on Monday with Prime Minister Narendra Modi and other top leaders in attendance.

It was on August 11, 2017, when Naidu took over as the 13th Vice President of India, after defeating United Progressive Alliance (UPA) candidate Gopalkrishna Gandhi. VP Naidu was often known for his play of words and his accurate augury during his five years in the Upper House. This term the Rajya Sabha Chairman saw numerous disruptions, intensified protests and a high rate of suspension of MPs.

“I can operate only if you cooperate”: Venkaiah Naidu

Naidu started his term with this apt statement that he followed throughout his tenure. Naidu during his time as the Vice President and Chairman of Rajya Sabha was always seen working passionately and simultaneously tried to improve the performances of the standing committees. He refused to compromise on the dignity of the House amid aggressive protests and disruptive behaviour.

During his term as Rajya Sabha chairman, Naidu presided over 13 Parliament sessions. Major bills such as the Triple Talaq bill, Citizenship (Amendment) Bill 2019, The Jammu and Kashmir Reorganisation Bill 2019 and SPG (Amendment) Act were among others that were passed in the Upper House during this period. Till budget session 2022, Naidu presided over 13 full sessions and 261 sittings as against the scheduled 289 sittings amounting to 913 hours and 11 minutes of work.

Notably, the Vice President was among the first to get himself inoculated against COVID-19. He also commended the contribution of frontline COVID workers in multiple articles and posts on various social media platforms.

Venkaiah Naidu, the epitome of Telugu eloquence, needs no introduction as he is the man who has worked and impressed the political fraternity and the countrymen in many capacities during his long political career. Started his career by being an active member of ABVP, Naidu entered the political battlefield of the country in 1978 when he contested from Udayagiri and got elected to the Andhra Pradesh Assembly. From 1980 to 1983 he also served as the Vice President of the BJP All India Youth Union.

Naidu entered National politics when he for the second time won the Udayagiri seat, Telugu Desam Party (TDP) sweeping the elections all over the state. His win made him the biggest BJP candidate in Andhra Pradesh leading him to enter the political battleground on the National level.

From September 2000 to June 2002, he served as the Minister of Rural Development during the Vajpayee regime. He was then elected as the BJP National president in July 2002 and remained in office until the end of 2004. In 2004 and 2010, he was elected as a Rajya Sabha MP. In 2014, he served as the Minister of Communications and Urban Development in the Modi Cabinet before becoming the Vice President of India in 2017.