Earlier in the day, Sidhu Moose Wala joined the Congress party and it is being said that Punjabi singer and rapper is even going to fight the upcoming elections 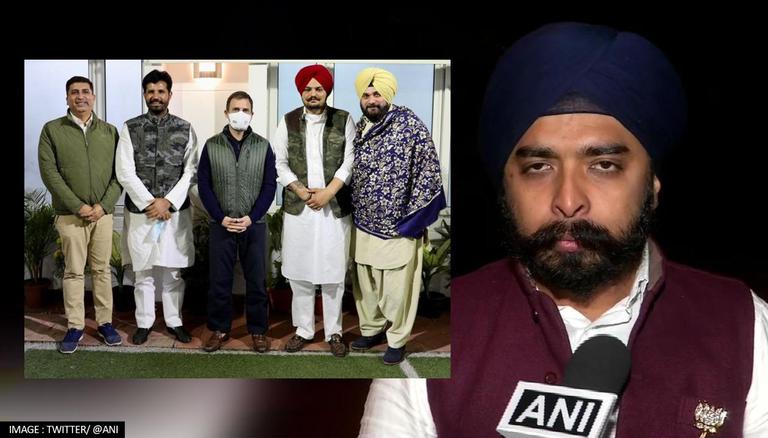 
'How low will you stoop?' Bharatiya Janata Party asked Congress on Friday. Taking to Twitter, party leader Tajinder Bagga underlined similarities between the time when former Prime Minister Indira Gandhi joined hands with Bhindranwale, and now when Sonia Gandhi joined hands with Sidhu Moose Wala and claimed that it was all for spreading terrorism in Punjab. Tajinder Bagga also shared a video, which depicted the different instances of violence in the state both in the present and the past era.

Earlier in the day, Sidhu Moose Wala joined the Congress party and it is being said that Punjabi singer and rapper is even going to fight the upcoming elections. He joined the party in Chandigarh in presence of Punjab Chief Minister Charanjit Singh Channi and Punjab Congress chief Navjot Singh Sidhu.

Moose Wala has been booked by the Punjab Police in multiple cases pertaining to the promotion of violence and gun culture through his songs, firing an AK-47 rifle at the Badbar police firing range during the lockdown etc.

Earlier in the day, Congress defended Sidhu Moose Wala's induction to the party. Speaking exclusively to Republic TV, Raja Warring remarked, "I know that a case was registered on the basis of a video. The verdict on whether the video is fake or genuine is yet to come out. Was it an AK-47 or not? People might allege that I am brandishing a pistol even if it is a toy. The investigation in the FIR on the viral video was completed and a charge sheet was submitted in the court. Now the court will have to decide on the matter. I don't think that Sidhu Moose Wala committed any crime."

The Punjab Minister elaborated, "Sidhu Moose Wala doesn't promote gun culture. But he sings songs related to guns. When he sings something like this, his song is heard even more. Any person whether it is a single, restaurateur, doctor reacts to the demand of people. This gun culture is not good. I don't want to encourage it. But many people like it."