Ahead of the Punjab election, Congress announced that CM Charanjit Singh Channi will be contesting from Chamkaur Sahib & Navjot Singh Sidhu from Amritsar. 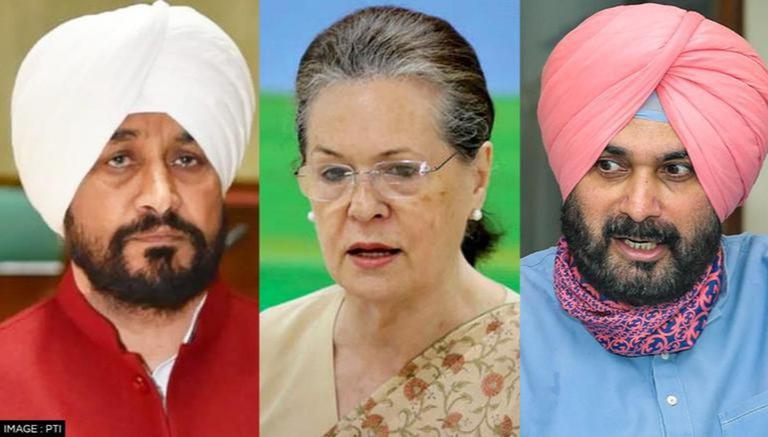 
Ahead of the Punjab election, Congress released the list of candidates on 86 seats. According to the list, Chief Minister (CM) Charanjit Singh Channi to contest from Chamkaur Sahib SC, while State chief Navjot Singh Sidhu to contest from Amritsar East. Voting in the Punjab assembly election will be held in a single phase on February 14, as per the Election Commission.

Channi, who is currently representing the Chamkaur Sahib seat in Punjab Assembly, will also contest the same for the upcoming Assembly Elections. Earlier reports had suggested that the Chief Minister will also contest from the constituency in Doaba to woo the Dalit vote bank, which is the deciding factor in the region. The discussions were held during a meeting of the Congress Central Election Committee (CEC) for Punjab Assembly elections on Thursday through video conferencing.

Even though the grand old party has released the list of candidates, the uncertainty over the CM face is still looming. Charanjit Singh Channi was sworn in as the Punjab Chief Minister in September 2021, replacing Captain Amarinder Singh, who resigned from the post amid his political tussle with Punjab Congress president Navjot Singh Sidhu. Channi thus became the state’s first Dalit CM, even as a controversy over the change of guard grew with changing power dynamics within the ranks of the Congress.

As the state heads for polls next month, there are many chief ministerial aspirants including Navjot Singh Sidhu and Sunil Jakhar, but Congress has refrained from declaring the CM face as yet.

On the decision to field sitting MPs in the assembly polls, a Congress leader said, "Yes, there is a discussion on fielding MPs like Pratap Singh Bajwa whose tenure is ending in March from Rajya Sabha. The aim behind putting them is to make the battle serious and build up the perception that the party wants to win the elections."

Meanwhile, the AAP and the SAD have already declared a number of their candidates. The assembly elections in Punjab will be held in a single phase on February 14. The results will be out on March 10.