On Tuesday, Punjab CM Charanjit Singh Channi announced that the government will provide 1 lakh jobs to youths within a span of 1 year if Congress is re-elected. 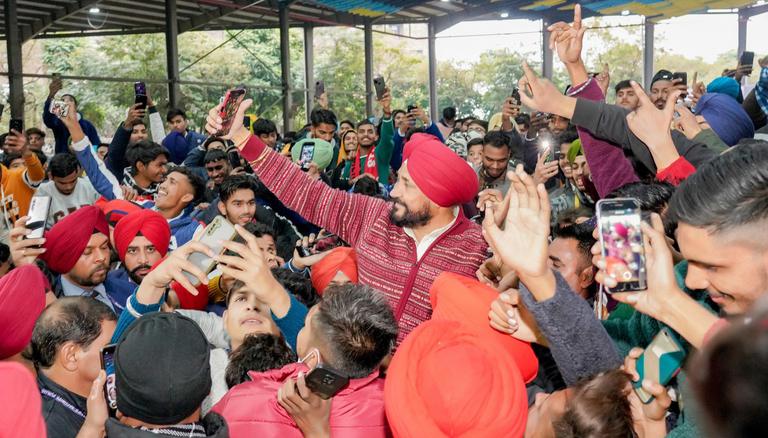 
Interacting with students of the Lovely Professional University on Tuesday, Punjab CM Charanjit Singh Channi announced that the government will provide 1 lakh jobs to youths within a year if Congress is re-elected in the state. As a part of the 'Punjab Government Rozgar Guarantee for Youth Scheme', youngsters who have cleared their Class 12 exams will be eligible to get a job in the government or private sector. Moreover, he declared that the state government will provide free coaching of the International English Language Testing System (IELTS) to enable the youths to move abroad.

On this occasion, he also stated that they can avail of free training pertaining to Civil Services, Armed Forces and skills. To woo the young votes further, Channi affirmed that the Congress government will provide them interest-free loans at competitive rates for opening their own ventures. Earlier in the day, the Punjab CM accepted the demands of 53,000 Anganwadi workers by increasing their monthly honorarium by Rs.1400.

To protect the future of the Youth of Punjab, #LokaanDiSarkar launched ‘Punjab Government Rozgar Guarantee for Youth Scheme 2022’, under which 100% guaranteed jobs in the private or government sector will be given to every youth of the State. pic.twitter.com/xNggVtDSE7

Congress to not project CM face

In the 2017 Punjab Assembly election, Congress won a whopping 77 seats in the 117-member House, whereas Shiromani Akali Dal could win only 18 seats. On the other hand, AAP emerged as the second-largest party with 20 seats and failed to bear fruit as it could win in only 54 constituencies. After Captain Amarinder Singh's exit from Congress, the Sonia Gandhi-led party has decided to not project its CM face for the 2022 Punjab polls amid the tussle between Charanjit Singh Channi and the party's state president Navjot Sidhu.

Making this revelation on December 29 ahead of the Screening Committee meeting in the national capital, Punjab Election Campaign Committee chief Sunil Jakhar argued that Singh's announcement as the CM candidate in 2017 was an "exception". Maintaining that the election will be contested under "collective leadership", he added that the elected MLAs will decide the CM. This is being perceived as a sign that Channi will be replaced as Sidhu if Congress wins the Punjab polls.

Ex-Punjab Congress president Sunil Jakhar remarked, "The CM face was announced only once. That was an exception. It was announced in 2017 that Captain Amarinder Singh will be our next CM. Before that, the CM face was never announced and the Congress high command has decided that the next election will be fought under collective leadership, i.e the Congress leadership. After the results, our elected MLAs will choose the CM irrespective of anyone feels good or bad."