After a major lapse in the security of Prime Minister Narendra Modi, the role of Congress' state government has come under the scanner. 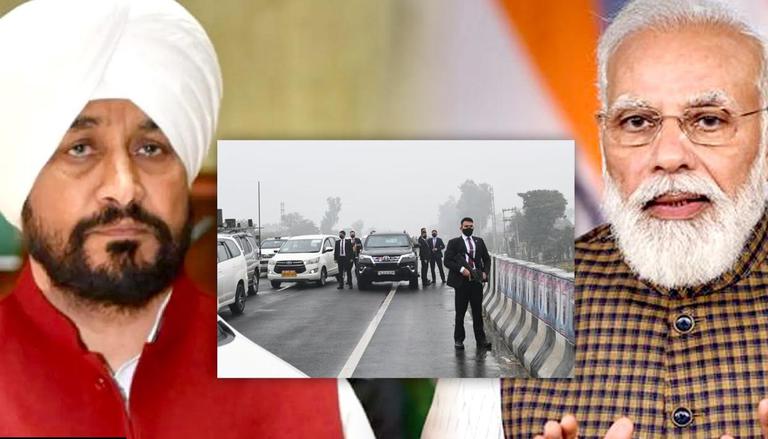 
After a major lapse in the security of Prime Minister Narendra Modi during his visit to Ferozepur, the role of Congress' state government has come under the scanner. Questions are being raised as to whether it was a pre-planned controversy, in which the government of Punjab had colluded with the state police to give the Prime Minister a taste of what they referred to as his own medicine ahead of assembly polls in the state.

7:40 AM on January 5: Congress, which is in power in the state, right before PM Modi was to leave for Punjab had uploaded a post on its Twitter handle. In the post on the INC_Television handle, strong opposition to the Prime Minister's visit to Punjab was reflected. There were two photos embedded with the caption 'Go back Modi'.

"Farmers braved scorching summers and bone-chilling winters... those who made our farmers suffer will not be forgiven," read one picture. The other read," The man responsible for the death of 700 farmers, Narendra Modi should apologise in the Parliament."

11:34 AM on January 5: Next, the Youth wing of the Congress posted a tweet that had a picture embedded. The picture read, "Who is responsible for the martyrdom of 700 farmers?" The 'hint' was given in the caption, "He is coming to Punjab today."

02:24 PM on January 5: After the PM's convoy was stuck, National Co-ordinator of Social Media of Congress Gaurav Pandhi took to this Twitter handle to highlight the 'Power of Punjab'. "People of Punjab blocked all roads to Modi's rally venue yesterday and as a result, Modi has to cancel his rally and return to Delhi. THE WRITING IS ON THE WALL FOR MODI!" he wrote.

People of Punjab blocked all roads to Modi's rally venue since yesterday and as a result Modi has to cancel his rally and return to Delhi.

THE WRITING IS ON THE WALL FOR MODI!#PunjabVirodhiModi #GoBackModi

In a massive development in Punjab on Wednesday, PM Modi was forced to skip his Ferozepur rally as his security was compromised after arriving in the state. His convoy was stuck for 15-20 minutes due to a road blockade in the state.

The Ministry of Home Affairs has released a statement in the incident. "The PM’s schedule and travel plan were communicated well in advance to Punjab Government. As per procedure, they have to make necessary arrangements for logistics, security as well as keep a contingency plan ready. Also in view of the contingency plan, Punjab Government has to deploy additional security to secure any movement by road, which were clearly not deployed."

The Ministry of Home Affairs taking cognisance of this serious security lapse, has sought a detailed report from the state government. The Punjab government has also been asked to fix responsibility for this lapse and take strict action.