Akhilesh-aide Rajeev Rai Breaks Silence On IT Raids; 'I Help People, BJP Didn't Like It'

Earlier today SP supremo Akhilesh Yadav had also lashed out at the BJP-run Centre for ordering raids against his aide calling the move 'predictable'. 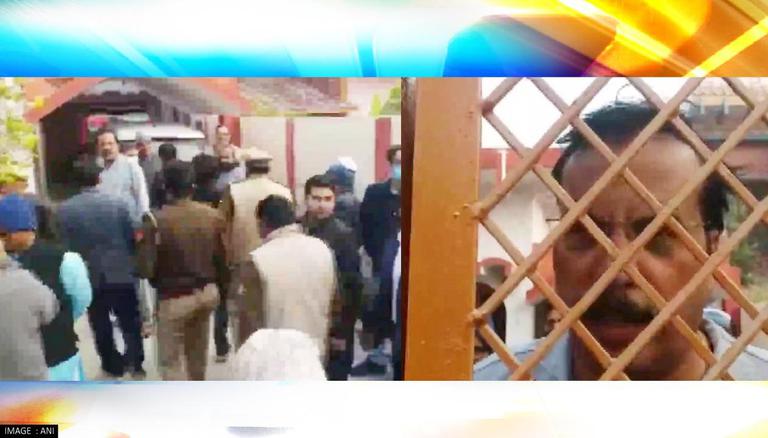 
In the aftermath of Income Tax raids at his properties across Uttar Pradesh, Samajwadi Party functionary Rajeev Rai broke his silence on the crackdown claiming that the BJP was targetting him since he helped the citizens of the state. Defending himself, Rai claimed to have 'no criminal background or black money' in his possession.

"I have no criminal background or black money. I help the people and the BJP Government did not like it. This is a result of that. If you do anything, they will make a video recording, register an FIR and you will fight a case unnecessarily," Rai said.

Earlier on Saturday, SP supremo Akhilesh Yadav had also lashed out at the BJP-run Centre for ordering raids against his aide calling the move 'predictable' ahead of 2022 UP polls. Conducting a press briefing, Yadav said that UP is ready to 'wipe out' BJP and the Yogi Adityanath-led government.

"All this (referring to ongoing I-T raids) shall entail when BJP will be flustered and unsure of their position in Uttar Pradesh. Now, CBI and ED will also come to Uttar Pradesh." "I had been waiting for this. Why before Uttar Pradesh elections?" Yadav asked.

On Saturday morning, Income Tax officials arrived in Mau and commenced searches at Rajeev Rai's residence in the Sahadatpura area at approximately 7 AM. While the local police were stationed outside his residence to maintain law and order and keep the surroundings in check, reports suggested that the SP leader was also directed to stay put within the premises. Rai along with his family members were confined to the house with the raids underway. Meanwhile, Samajwadi Party workers gathered outside the National Secretary's residence and raised objections to the Income Tax raids. Keeping the law and order situation in mind, the area was cordoned off by Mau Police.

Fellow Samajwadi Party worker Dara Singh Yadav took to Twitter to write, "Due to the frustration of the government and its repressive policies, there was a raid of the Income Tax Department located in Shri Rajeev Rai Ji district Mau. Officials should take care not to act out of political hatred."