"They (BJP) are saying that they have completed the work, but they should also add how much of the work was done by us (SP)," Akhilesh Yadav said. 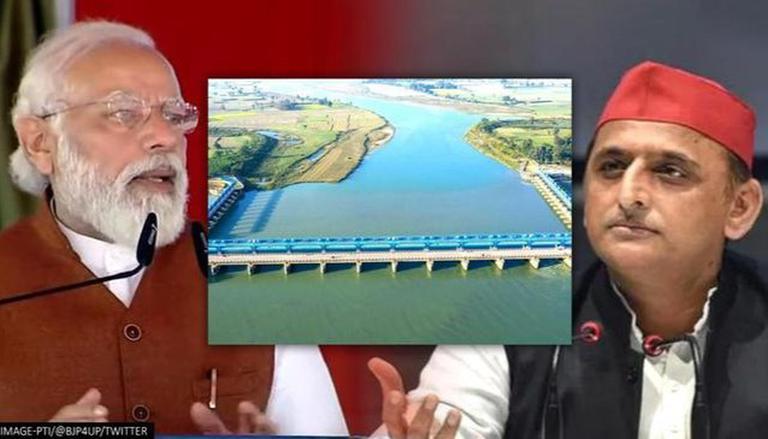 
Underlining that Uttar Pradesh was in need of 'Yogya' and not 'Yogi government', Samajwadi Party (SP) chief Akhilesh Yadav on Saturday retaliated to Prime Minister Narendra Modi, and Bharatiya Janata Party (BJP). Expressing happiness over the inauguration of the Saryu canal project, Yadav reiterated that it was the Samajwadi Party government that took the development project, contrary to what was being claimed by the BJP.

"They (BJP) are saying that they have completed the work, but they should also add how much of the work was done by us (SP)," Yadav said, adding that the BJP did not have the habit of working, but just inaugurating projects. "Uttar Pradesh people should know this," he further said.

The statement is Akhilesh Yadav's response to PM Modi who while inaugurating the Saryu Nahar National Project in Balrampur earlier in the day took an indirect swipe at the SP leader. Coming down heavily on the previous governments, PM Modi underlined that he was pained at the 'misuse and insult' of the country's resources. The Prime Minister questioned the attitude of the leaders who, thinking that it's government money, care less.

He added, "This thought process has become the biggest obstacle to the country's development. This thought process halted the Saryu Nahar project. Nearly 50 years ago, work had started on this project. Its work is getting over after 50 years. People of Balrampur and the country must know, the cost of this project was less than Rs.100 crore when its work started. Today, it has been completed after spending nearly Rs.10,000 crore."

'Was waiting for someone to come and say I cut the ribbon': PM Modi

Further, PM Modi said that while on his way to the inauguration, he was waiting for someone to come and say that 'Modi Ji, we had cut the ribbon for this project. We had started this scheme'. "It is the habit of some people to say such things. Perhaps he might have cut the ribbon of this project in his childhood. The priority of some people is to cut ribbons. Our priority is to complete the project on time," PM Modi added.

Before the inauguration, Akhilesh Yadav had fired a tweet in Hindi, which roughly translated to- 'The UP BJP government took five years to complete the work of 'Saryu National Project', even when three-fourth of the work was done at the time of SP." He had added, "A new era of SP will come again in 22nd… the state will be swaying through the canals of development!"

Built with a cost of over Rs.9,800 crore out of which over Rs 4,600 crore was provisioned in the last four years, it involves interlinking of five rivers- Ghaghara, Saryu, Rapti, Banganga and Rohini to ensure optimum usage of water resources. Moreover, it shall provide assured water for irrigation of over 14 lakh hectares of land, and benefit about 29 lakh farmers of over 6,200 villages in nine districts of eastern Uttar Pradesh.

The term of the incumbent government will expire on May 14, 2022. Before that, likely in the month of February-March, Uttar Pradesh will go for polls to elect 403 members of the Legislative Assembly.