Amit Shah had said that under the Samajwadi Party government there were "3 Ps: Parivarwaad, Pakshpaath and Palayan (Nepotism, favouritism, migration)". 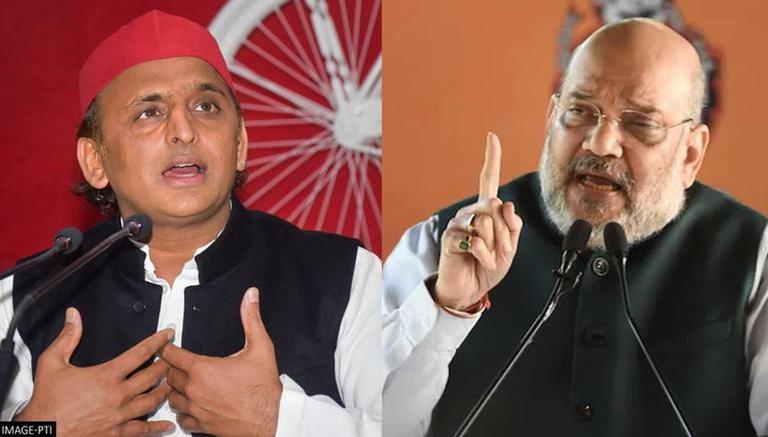 Slamming the Opposition, the Union Minister said that the past governments of "Bua-Babua" in Uttar Pradesh could not bring development, labelling them 'casteist' and 'family' parties.

"Bua and Babua ran the governments in Uttar Pradesh. Did they bring any development? These are casteist parties and family parties. There were 700 riots during Akhilesh Yadav's five-year rule. Earlier, the law and order situation was so bad that people were afraid of sending their daughters to schools and colleges," he said.

The Union Minister said that the Yogi government has waived loans of 86 lakh farms, restarted the Ken Betwa river project, constructed five expressways in five years. "There were only 12 medical colleges in 70 years, but in the last five years, we have constructed 30 medical colleges. Earlier, there were 1,900 seats, now it's 3,800," he added.

READ | Amit Shah’s big speech in UP: 10 highlights from Kasganj

Uttar Pradesh is slated to go into the polls early next year. In the 2017 polls, the BJP had bagged 312 seats in the 403-member House while SP bagged 47 seats, BSP won 19 and Congress seven. The remaining seats were bagged by candidates of other parties.