"He (PM) can stay there not just 1 month, but for 2 or even 3 months. That's a place to stay. People spend their final days in Banaras,' Akhilesh Yadav said. 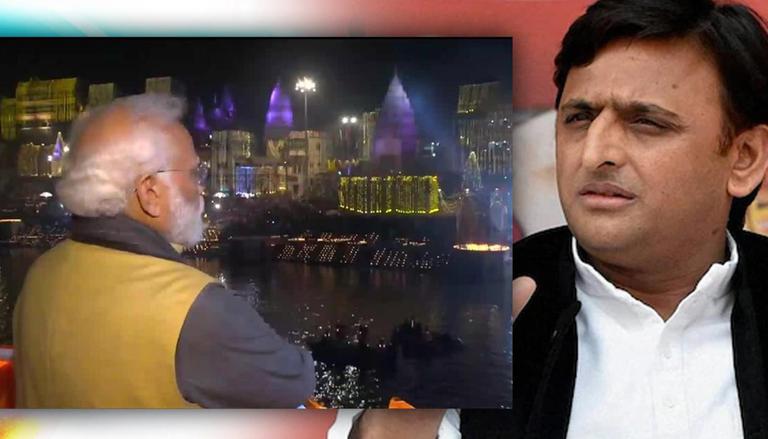 
After Akhilesh Yadav took a dig at Prime Minister Narendra Modi's visit to Banaras by saying that 'people usually visit the Uttar Pradesh city on final days', he was heavily slammed by the Bharatiya Janata Party. Speaking to the media, Union Minister of Parliamentary Affairs Pralhad Joshi condemned Akhilesh Yadav's statement and added that talking about the death of PM Modi was uncalled for. Akhilesh should apologise," Pralhad Joshi said.

Minister of State for Parliamentary Affairs Arjun Ram Meghwal also condemned the statement of Akhilesh Yadav. Comparing the Samajwadi Party chief's mentality with that of his party workers that fired upon kar sevaks during Babri discourse, he said, "Today Akhilesh's statement confirms that is he is standing with Aurangzeb."

The BJP spokesperson Gaurav Bhatia questioned the hateful thinking of Akhilesh Yadav who he referred to as Jinnahists? Taking to his official Twitter handle, he wrote," Remember, no one can harm the Prime Minister who has the blessings of Baba Vishwanath ji and 135 crore Indians."

Also, Sambit Patra, spokesperson of the party, wrote," Seeing the divinity and grandeur of Baba's Dham Kashi Vishwanath Dham, all 'Aurangzeb' are stunned!"

During an interaction with reporters in Uttar Pradesh's Etawah, Akhilesh Yadav commented on PM Modi's visit to Banaras. The Samajwadi Party chief was quoted as saying, "This is very good. He (PM Modi) can stay there not just one month, but for two or even three months. That is a place to stay. People spend their final days in Banaras."

PM Modi is on a two-day visit to Varanasi. Based on his itinerary, on Monday PM Modi inaugurated the first phase of the 'Kashi Vishwanath Corridor'. He also attended the Ganga Aarti along with UP CM Yogi Adityanath on a ro-ro vessel. On Tuesday, as per his itinerary, he will address a conclave of 12 BJP chief ministers and nine deputy chief ministers who had come to attend the inauguration of the Kashi Vishwanath Corridor. In the conclave, the CMs and Deputy CMs will share the governance techniques in their respective states with PM Modi.