BSP Denies UP Polls Will Be BJP-SP 'bipolar' Contest; Banks On Mayawati's Electioneering

Ahead of the UP polls, BSP general secretary Satish Misra denied the notion that this election is set to be a bilateral fight between the incumbent BJP and SP. 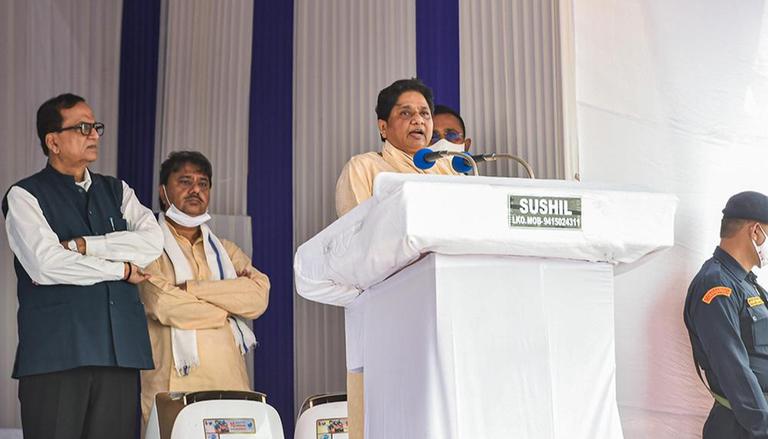 
Ahead of the Uttar Pradesh Assembly polls, BSP general secretary Satish Chandra Misra denied the notion that this election is set to be a bilateral fight between the incumbent BJP and SP. This comes amid the perception that Mayawati has been relatively inactive in election campaigning as compared to SP chief Akhilesh Yadav and Congress general secretary Priyanka Gandhi Vadra. Asserting that the former UP CM will be at the centrestage of the election as soon as she commences electioneering, he predicted that BSP will emulate its 2007 performance when it won 206 out of 403 seats.

BSP MP Satish Chandra Misra was quoted as saying by PTI, "BSP not being visible on banners doesn't mean it won't be on ballot. Party is in hearts of people of Uttar Pradesh". "It will repeat its feat of 2007 and surprise everyone again," he added, warning BSP's opponents against taking the party lightly.

Wrong to assume UP poll will be BJP-SP bipolar fight; it will revolve around Mayawati as soon she begins electioneering: BSP's Satish Misra

In the 2017 Uttar Pradesh Assembly election, BJP won a whopping 312 seats in the 403-member House, whereas BSP could win only 19 seats. On the other hand, the SP-Congress alliance failed to bear fruit as it could win in only 54 constituencies. The Mayawati-led party is eyeing a comeback in the state in the upcoming Assembly election after being out of power for 9 years now.

At present, BSP has merely 6 MLAs in the Assembly as one member resigned after winning the 2019 Lok Sabha polls. Moreover, Hakim Lal Bind, Vandana Singh, Ramveer Upadhyay, Anil Kumar Singh, Aslam Raini, Aslam Ali, Mujtaba Siddiqui, Hargovind Bhargava and Sushma Patel were expelled ahead of the Rajya Sabha polls in October 2020. They were accused of collaborating with SP in a bid to defeat BSP's candidate Ramji Gautam.

On June 3, two more BSP MLAs- Lalji Verma and Ram Achal Rajbhar were sacked from the party for allegedly indulging in anti-party activities during the Panchayat election. While Verma was BSP's founding member and the Legislative Party leader when he was expelled, Rajbhar has served as the party's Uttar Pradesh unit president in the past. Besides this, both leaders were a part of the Uttar Pradesh Cabinet when Mayawati was the CM. In another blow to BSP, its Legislative Party leader Shah Alam alias Guddu Jamali resigned from the party on November 25.