Sanjay Raut asserted that SP Maurya was someone who understood the 'political wave' and given that he had decided to jump ship, BJP may not win the UP polls. 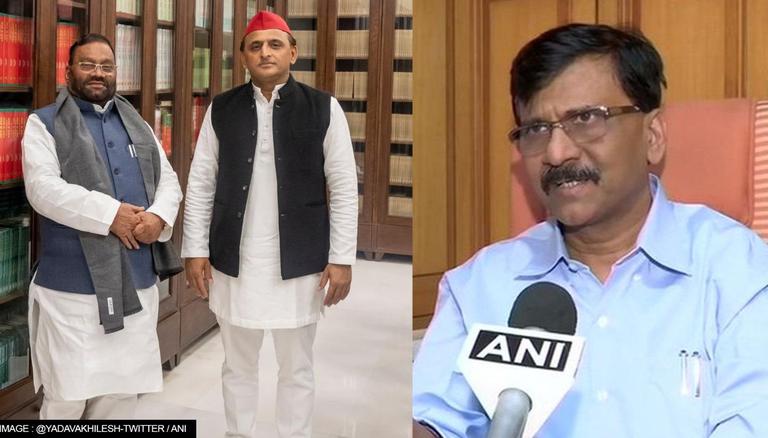 
Shiv Sena MP Sanjay Raut waded into the political controversy in Uttar Pradesh and opined that Swami Prasad Maurya's resignation had suggested that the BJP was not going to return to power in the state. Speaking to reporters on Tuesday, Sanjay Raut asserted that SP Maurya was someone who understood the 'political wave' very well and given that he had decided to jump ship it was likely that the Yogi Adityanath-led party may not win the 2022 UP Elections.

"Today Yogi Ji's cabinet minister gave up BJP and his post to join the Samajwadi Party. People say that he is someone who knows what the political wave in the state is very well. Given that he has joined the SP, it is likely that the BJP will not return to power," said Sanjay Raut.

Prominent OBC leader Swami Prasad Maurya resigned from the state Cabinet and joined SP on Tuesday morning. Maurya who held the portfolios of Labour, Employment, and Coordination claimed that various sections of the society including Dalits, backward classes, and youths were being neglected by the Yogi Adityanath-led government.

Hours later, in another big jolt to the BJP, two more MLAs from Uttar Pradesh resigned following the footsteps of Maurya. BJP MLAs Bhagwati Sagar from Bilhaur of Kanpur and Brijesh Prajapati from Tindwari of Banda tendered their resignation on Tuesday afternoon. Both leaders are also expected to join the SP.

READ | Swami Prasad Maurya's son Ashok denies deal with Samajwadi Party; 'it is because of..'

Sources have suggested that Akhilesh Yadav's party has promised to give a ticket to Maurya's son Ashok from Unchahar in the upcoming assembly elections, a move that could be the reason behind the last-minute switch. On the flip side, another narrative has emerged with BJP's Badaun MP Sanghamitra Maurya claiming that her father (SP Maurya) has not joined any party and will reveal his 'strategy' in a couple of days.