2022 UP elections: Swami Prasad Maurya's Son Ashok Denies Deal With Samajwadi Party; 'it Is Because Of..' 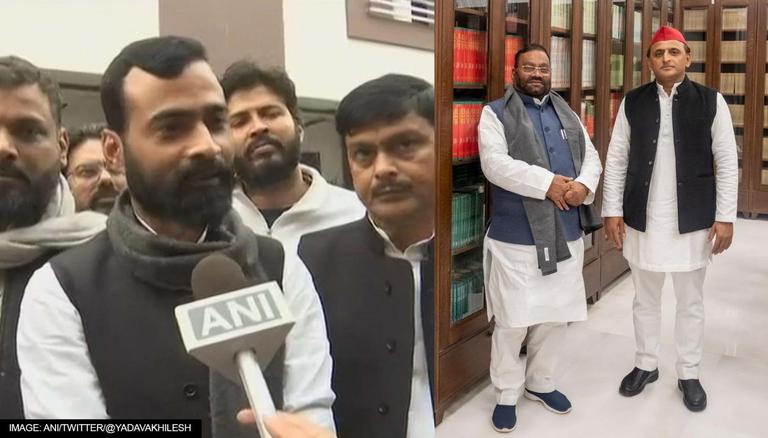 
Refuting claims of deal with the Samajwadi party, Swami Prasad Maurya's son Ashok on Tuesday said that the former BJP leader has never really bargained for tickets. Speaking to the media, Swami Prasad Maurya's son Ashok highlighted that the saffron party had given a ticket to him in the 2012 and the 2017 assembly polls in Uttar Pradesh and a ticket to his sister in the 2019 Lok Sabha Elections, but that was not because of Swami.

"It is because of the work of the Samajwadi Party that my father is switching to it, from the Bharatiya Janata Party. Samajwadi Party has always worked for the backward class," said Ashok, adding that a change is sure to be seen in the state.

In the resignation letter sent to the Governor, Swami Prasad Maurya wrote, "Sir, in the Cabinet of Hon'ble Chief Minister Yogi Adityanath Ji, as the Minister of Labour, Employment and Coordination, I discharged my responsibilities with utmost attention in spite of adverse circumstances and different ideology. But I am resigning from the Cabinet of Uttar Pradesh due to the gross negligent attitude towards Dalits, backward classes, farmers, unemployed youth and small and medium enterprises traders"

Soon thereafter, Samajwadi Party congratulated and welcomed Swami. Taking to his official Twitter handle, party supremo Akhilesh Yadav wrote, "welcome to the popular leader Shri Swami Prasad Maurya Ji, who fought for social justice and equality and to all the other leaders, workers and supporters who came with him in SP! There will be a revolution in social justice. There will be a change in 2022."

As per the schedule announced by the Election Commission of India, the election for the 403-member Legislative Assembly will be held in seven phases from February 10 to March 7. While the first phase of the Election will be held on February 10, voting for the second, third, fourth and fifth phases will take place on February 10, 14, 20 23, and 27 respectively. The sixth phase will see voting on March 3 while the voting for the seventh phase will be held on March 7. The counting of votes for all the phases will take place on March 10.