UP Deputy CM Keshav Prasad Maurya took a sly dig at Samajwadi Party chief Akhilesh Yadav saying that those claiming to win 400 seats will fall below 100. 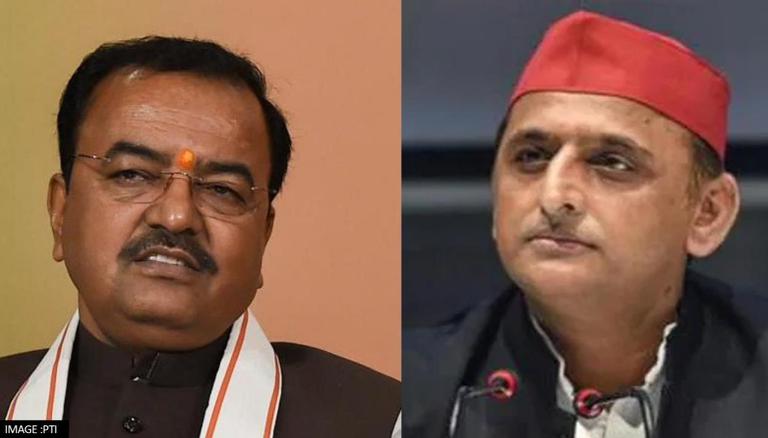 
As Uttar Pradesh gears up for the upcoming Assembly elections 2022, UP Deputy Chief Minister Keshav Prasad Maurya on Wednesday took a sly dig at Samajwadi Party chief Akhilesh Yadav saying that those claiming to win 400 seats will fall behind 100. Maurya's remarks came shortly after the Samajwadi Party president claimed that his party would win 400 out of the 403 seats in the Uttar Pradesh Assembly elections. Yadav, speaking at a media event in Lucknow further said that Samajwadi Party now stands with 47 seats and will soon reach 400 in the UP elections.

Further hitting out at Samajwadi Party, the Uttar Pradesh Deputy Chief Minister in a tweet in Hindi said that those who fired at the Ram devotees will get a reply as supporters of Lord Ram have previously won in 2017 and will again win in 2022.

Notably, this is not the first time when the deputy CM took a dig at the SP president. Earlier this month, while addressing BJP's Jan Vishwas Yatra in Kanpur, the senior BJP leader in a striking attack over Akhilesh Yadav said that there is nothing left for SP in 2022 and they now need to prepare for 2027.

Just a few weeks before the state assembly polls, the Bharatiya Janata Party (BJP) is holding multiple discussions on the party's future courses in the state. Earlier on Tuesday, a meeting of its core committee was also held for discussing the strategy for the UP elections. Chaired by Union Home Minister Amit Shah, it was attended by several senior BJP leaders including the party's state poll in-charge Dharmendra Pradhan, Chief Minister Yogi Adityanath, Deputy Chief Minister Keshav Prasad Maurya, state party chief Swatantra Dev Singh among others.