UP Polls: Nitin Gadkari Assures Major Road Projects For State If BJP Voted Back To Power

Union Minister for Road, Transport and Highways, Nitin Gadkari inaugurated and laid the foundation stones of a few major national highway projects in UP. 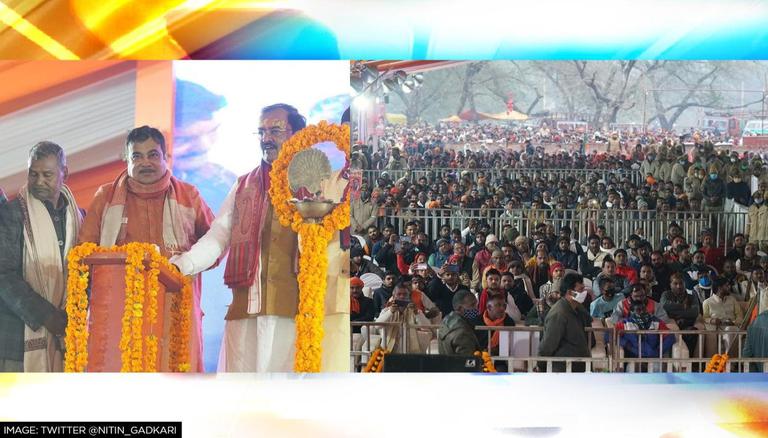 Speaking at a gathering in Ayodhya, he said that the BJP government is committed to providing better connectivity in the state with a strong network of national highways as well as the overall development of the state and that will be only possible under the guidance of Prime Minister Narendra Modi. He further added that the development works done till now is just the 'trailer' and "if our double engine government comes again in Uttar Pradesh, I will bring road development projects worth Rs 5 lakh crore in the state."

"The BJP does what it says. With projects worth Rs 3.5 lakh crore of roads and bridges, huge infrastructural changes have taken place in the state", added Gadkari.

As a part of his schedule on Thursday, Gadkari inaugurated the foundation stones of around 572 km of National Highway projects to be built at a cost of Rs 12,981 Krodh in Kaushambi, Ayodhya, and Basti respectively. Specifically, he inaugurated and laid the foundation stone of 6NH projects worth Rs 2,659 crore in Kaushambi followed by another 6NH project worth Rs 8,698 and three NH projects worth Rs 1,624 crore in Basti.

READ | Had no MLA mother or MP father, but I'm minister because I'm a BJP worker: Nitin Gadkari

As a part of the Centre's plans to develop major road projects, the construction of the projects will not just help in facilitating transportation and travelling of people, it will also help a lot in traffic congestion issues. Apart from that, several pilgrimage sites will be also connected with the help of the national highways.