2022 UP Polls | Yogi Adityanath Hails BJP's Work In Uttar Pradesh, Says 'all Promises Have Been Fulfilled'

Yogi Adityanath who was speaking at the party's Jan Vishwas Yatra in Ghaziabad also sought the blessings of the people ahead of the state assembly polls. 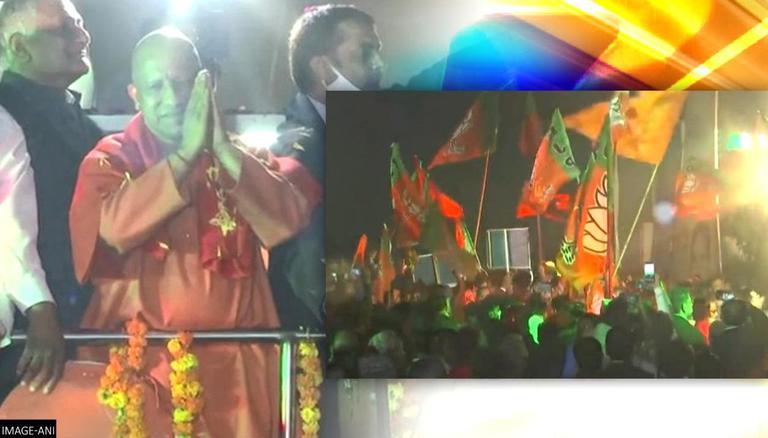 
Bharatiya Janata Party (BJP) has fulfilled all its promises made five years back starting from the construction of the Ayodhya's Ram Mandir and followed by the repealing of Article 370 from Jammu and Kashmir, said Uttar Pradesh Chief Minister Yogi Adityanath on Saturday. The Chief Minister who was speaking at the party's Jan Vishwas Yatra in Ghaziabad further sought the blessings of the people ahead of the state assembly polls in 2022.

As Assembly elections are nearing in Uttar Pradesh, Bharatiya Janata Party's poll campaign has also started gaining momentum. As a part of it, BJP had kickstarted its 'Jan Vishwas Yatra' from different places in the state for reaching out to the people and win their trust ahead of the elections.

While speaking to the people at the yatra, CM Adityanath said, "We have come to your city to seek your blessing under our Jan Vishwas Yatra. The BJP has fulfilled all the promises made five years back, be it the construction of Ram Mandir in Ayodhya or the revocation of Article 370 from Jammu and Kashmir. With your blessings, once again the BJP government in the state will make Uttar Pradesh one of the leading states in the country", he said.

Further highlighting the work done by the BJP government in these five years, Chief Minister Yogi Adityanath said that the government has worked without discrimination in five years, and thus people have gained the benefit of every welfare scheme and initiative brought in by the government. "Keeping in view the trust of the people, we have launched a bulldozer on mafia raj in the state", he added.

Meanwhile, CM Yogi was accompanied by Minister of State for Civil Aviation general Vijay Kumar and several other party leaders while he also paid his tributes to the former Prime Minister Atal Bihari Vajpayee on his birth anniversary.

Earlier last week, the Jan Vishwas Yatra was flagged off by six senior BJP leaders from six different places in Uttar Pradesh with the motive of reaching out to all the 403 assembly constituencies across the state. The leaders through the yatras will address the people and will look forward to winning their trust ahead of the upcoming UP polls.

Notably, the yatra can also be seen as a replication of the party's 'Parivartan Yatra' which was launched ahead of the 2017 Assembly polls before it recorded a major victory.