PM Modi inaugurated and laid the foundation stone of 23 projects worth over Rs 17,500 crore in Uttarakhand, two months ahead of the state assembly elections 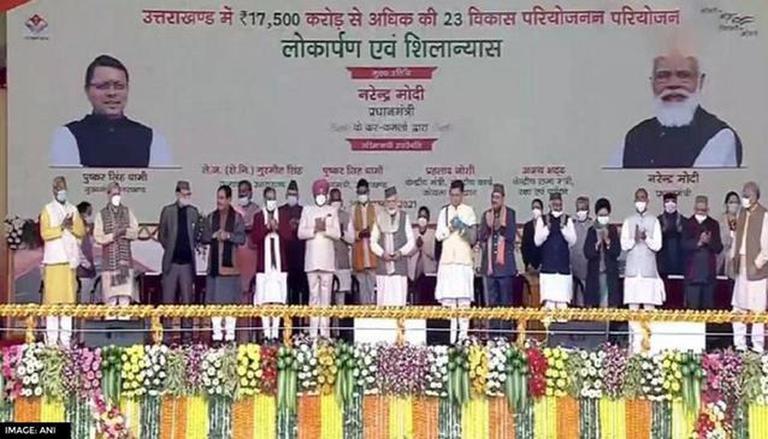 According to Prime Minister's Office (PMO), these projects cover a wide array of sectors/areas across the state including irrigation, road, housing, health infrastructure, industry, sanitation, drinking water supply. The programme will witness the inauguration of six projects including multiple road widening projects, a hydropower project in Pithoragarh and projects to improve the sewerage network in Nainital. The cumulative cost of the projects being inaugurated is over Rs 3,400 crore.

The Prime Minister laid the foundation stone of the Lakhwar Multipurpose Project to be built at a cost of about Rs 5,750 crore.

In an endeavour to expand the medical infrastructure of the state and provide world-class medical facilities to the people in all parts of the country, the Prime Minister is laying the foundation stone of AIIMS Rishikesh satellite centre in Udham Singh Nagar district and Jagjivan Ram Government Medical College at Pithoragarh. These two hospitals are being built at a cost of about Rs 500 crore and Rs 450 crore respectively.