'83 Movie Digital Release: When Is Ranveer Singh-starrer Releasing On OTT? Details Inside 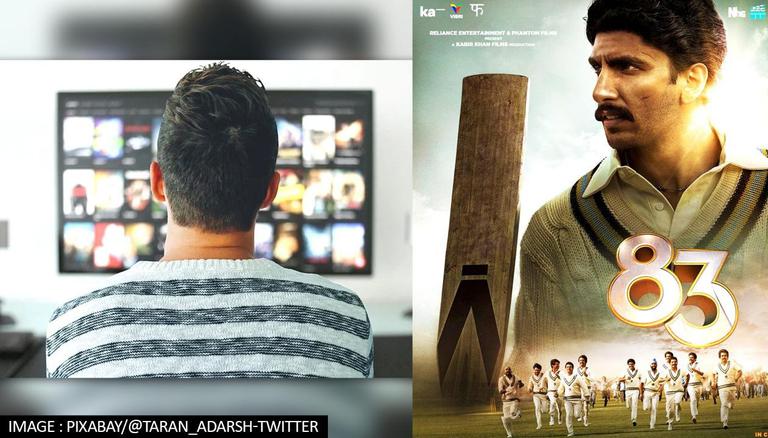 
Filmmaker Kabir Khan’s latest sports drama 83 featuring actor Ranveer Singh as former Indian cricket captain Kapil Dev has been smashing box office records. From fans to critics, almost everyone heaped praise on the film. The makers and producers of 83' successfully made the audience relive the greatest victory ever seen in the history of Indian sports in a massive theatrical experience.

A source close to the production houses stated that after witnessing a successful theatrical run, the makers have decided to release the film on the OTT platform only after an 8 week-span of the theatrical release. This is because the movie is still thriving in regions where theatres are open.

A source close to the development told Republic Media Network that the business decision and the film continue to attract cinema-goers to come and watch it for a theatrical experience. The source further mentioned that the film is made for in the regions where the theatres are still operational. Hence, the team has decided to push it from 4 to 8 weeks of the release date in theatres.

READ | Ranveer Singh's '83' completes 1st week at box office; here's how much it has earned

The film had hit the theatres on Christmas Eve this year, opening up to a massive buzz and fetching praise from the audience. The Kabir Khan directorial is based on the true story of 1983's World Cup when India scripted history by winning against West Indies under the captaincy of Kapil Dev.

Despite much anticipation and waiting, 83 is now having a difficult time at the theatres. The film was released alongside Tom Holland's Spider-Man: No Way Home and Allu Arjun's Pushpa: The Rise, both superhit films. As per trade analyst Taran Adarsh, '83, on its 12th day in the theatre, earned a total of Rs 1.5 crores.

The film has so far earned Rs 94.80 crores. '83 saw Ranveer Singh play the role of Kapil Dev while Deepika Padukone essaying his better half Romi Dev. The movie also had Saqib Saleem, Harrdy Sandhu, Tahir Raj Bhasin, Pankaj Tripathi, Ammy Virk, and many more actors. The film also received appreciation from cricket buffs and players who were taken away by the stupendous acting of Ranveer and the amazing storyline.