The movie, '83's teaser was released by the makers ahead of its release this Christmas. Netizens dug out the original moment that the scene has captured. Watch. 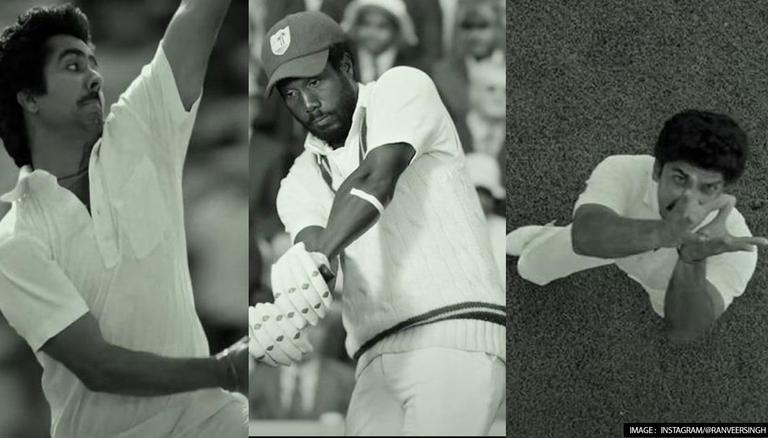 
Amid multiple films directly hitting Over-the-Top (OTT) platforms due to the COVID-19 pandemic, some anticipated ventures decided to wait for theatres to open. Among the first in that category was Sooryavanshi, which has gone on to become a successful venture after waiting for one-and-a-half years for its release. Another venture that has decided to wait for a similar period, starring Ranveer Singh, is '83.

The venture is gearing up for its release around Christmas. Ahead of the release, the makers teased the first video glimpse of the movie to share its release date. Netizens too shared their delight on what they felt about the movie.

The teaser of '83 featured visuals of the crowd, both Indian and Caribbean in the stands, for the World Cup final at Lord's in England on 25 June 1983. Madan Lal, played by Harrdy Sandhu, then bowls to Sir Vivian Richards, who attempts a pull, which goes straight in the air. Captain Kapil Dev, played by Ranveer Singh, then runs behind and the title of the movie '83 appears as he is about to complete the stunning catch.

The teaser also revealed that the trailer will come out on November 30.

Netizens had various reactions to the teaser, but the most frequently appearing word seemed to be 'goosebumps'. Many highlighted that the chants of 'India Zindabad' in the end gave them goosebumps.

Goosebumps all over 🇮🇳

Goosebumps at the end India Zindabad.. , looking forward for the release.

A few of them were convinced that it would be the 'HGOTY', an acronym for 'Highest Grosser of the Year.'

A defining moment in cricketing history

The catch was one of the defining moments of the final as the legendary batter was looking dangerous at 33 runs off 27 balls as West Indies chased the target of 184 for a hat-trick of World Cups. One even posted the original video of Vivian Richards' wicket and  Kapil Dev's impressive catch.

The movie also stars Pankaj Tripathi, Tahir Raj Bhasin, Saqib Saleem, Jiiva, Ammy Virk, Boman Irani, among others.  Deepika Padukone, who is one of the producers of the venture, plays the role of Kapil Dev's wife.