A Grammy Award For Yo Yo Honey Singh? Here's How The Singer Celebrated His Birthday

The music sensation Yo Yo Honey Singh celebrates his birthday in style. Check out the pictures -

Music director and singer, Honey Singh turned 36 on March 15. As he turned a year older, the rapper celebrated his birthday with family and friends. Yo Yo Honey Singh shared a picture on social media saying, "My brothers got me a crazy cake!!"

And it was a Grammy Award looking cake! Check out the post -

My brothers got me crazy cake !! #yoyohoneysingh #happybirthday

Apart from this, the singer also posted another photo of a cake and thanked his fans for all the wishes in his own style.

FUN FACT: Did you know that Honey Singh's birth name is Hirdesh Singh? Well, yes. And the singer learned music at the Trinity School in the United Kingdom. 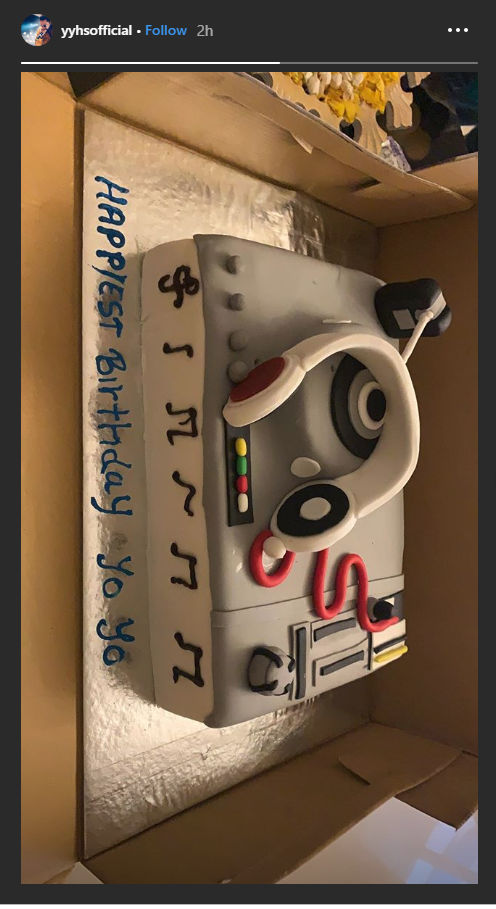 Really overwhelmed with all the love & Birthday Wishes. Thanks a lot !!! Much Love - Yo Yo #YoYoHoneySingh #Birthday #yoyooxide

Singh had a busy and successful 2018 with chartbusters such as Dil Chori, Chote Chote Peg, Rangtaari, This Party is over now, along with his single 'Urvashi' featuring Shahid Kapoor and Kiara Advani.

Recently, the music star treated his fans with a music video after a long time and in no time, Makhna spread like wildfire and was the top trending video on YouTube as well.

Yo Yo Honey Singh has conquered the Indian Music Industry with his exceptional music and inimitable style. The singing sensation has spilled his magic all over again and is winning hearts all over.

On the work front, Yo Yo Honey Singh recently announced his World Tour on social media. He shared a video of the rehearsals which he captioned "Live concerts rehearsals begins now. We Coming !!! Are u Ready ??? Tours starting very soon @itsaslialfaaz @singhstamusic @hommiedilliwala"