Aahana Kumra recently posted pictures of herself a cricketer Jhulan Goswami. But the actor was accused of using brown makeup and fans deemed it "disrespectful".

Aahana Kumra has found herself in hot water due to her recent Instagram post. The Bollywood actor took to Instagram and re-created cricketer Jhulan Goswami’s iconic images. But Aahana faced backlash for sporting brown makeup for this post.

Celebrities in the past have been subject to backlash due to cultural appropriation. Many directors have also been accused of using brown makeup on their actors instead of using actors with a darker skin tone. The latest actor to receive criticism for sporting brown makeup is Yudh actor Aahana Kumra.

Aahana Kumra recently took to Instagram and shared pictures of herself imitating Indian cricketer Jhulan Goswami’s iconic pictures. Along with the post, Aahana Kumra wrote, “No I'm not promoting any film.
This is purely a tribute to a woman I admire the most after spending time with her and learning her whole story about her journey, her hardships and her passion for the sport!”

She further thanked the cricketer and wrote, “@jhulangoswami fondly called jhulan di by all her teammates is loved and admired by all the members of the Indian women's cricket team! This photo series is my tribute to her and hopefully as actresses one day we can all break stereo types and be the best versions of ourselves by telling the greatest stories!! Thank you for your story! And I wish and pray the best for you forever! Your fan! AK”. Take a look Aahana Kumra’s Instagram post here.

But as mentioned earlier, Aahana Kumra’s use of brown makeup to pay homage to the cricketer did not sit well with many fans. Many fans were quick to point out the problem with the post in the comment section. One fan wrote, “This is quite disgusting. Super unnecessary for the makeup to be dusky/dark. This is disrespectful”.

Another Instagram user wrote, “What’s up with the darker tone make-up? Instead why don’t we hire actors with the similar colour tone? It would have been so much better and looked far more natural”. Take a look at these comments on Aahana Kumra’s Instagram homage to Jhulan Goswami here.

READ | 'Unethical': Aahana Kumra upset with airline for cancelling flight without informing her 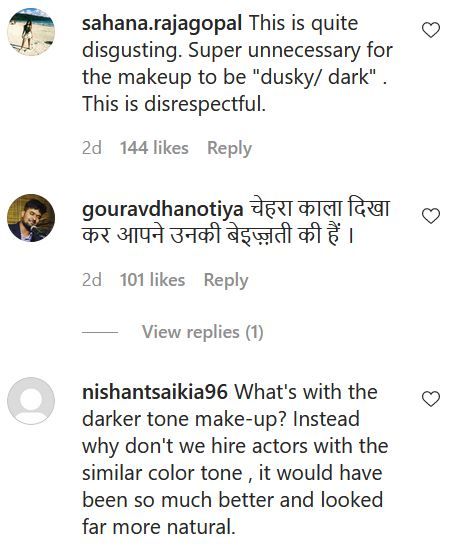 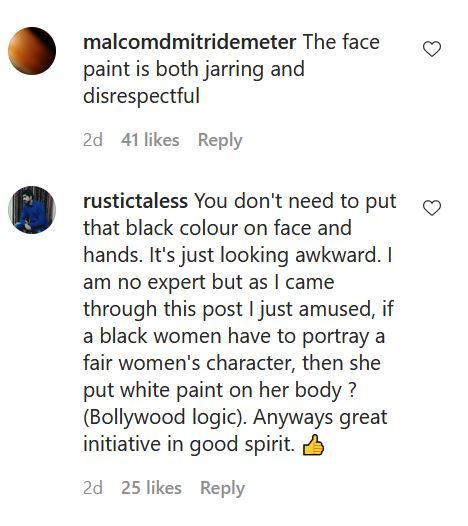 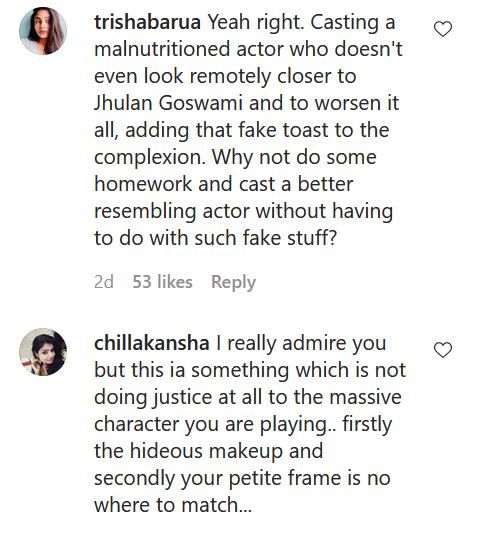