The Indian Premier League (IPL) finale will turn special this year after versatile actor Aamir Khan will be seen turning host for the match. 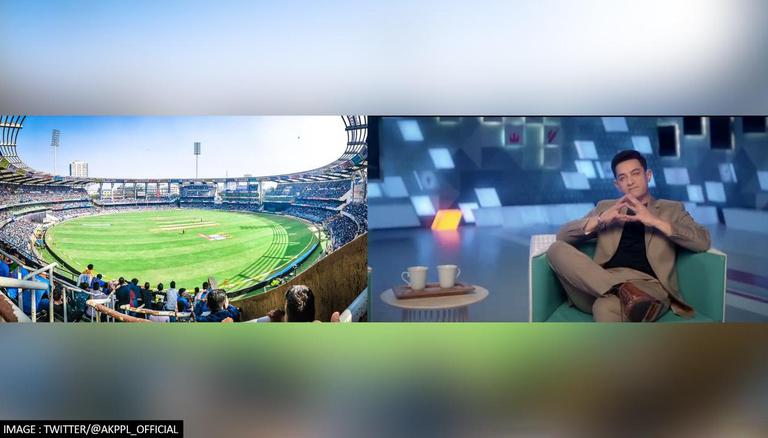 
The Indian Premier League (IPL) finale will turn special this year as the fans are expected to witness a new host. Showcasing the perfect balance of entertainment and cricket, Bollywood's versatile star Aamir Khan will turn host for the much-awaited finale on Sunday (May 29). Apart from hosting the finale, the actor will also unveil the trailer of his highly-anticipated upcoming film Laal Singh Chaddha.

The movie that will witness Aamir's reunion with 3 Idiots co-star Kareena Kapoor, will launch the trailer during the first inning's second strategic timeout on television. The actor's production house had shared the update on Twitter with a video. In the video, the 57-year-old star confirms being a part of the finale as the host this year.

The 30 seconds video shows Aamir Khan's excitement about playing a host for the IPL finale as he says, "Hey guys, I had decided not to play cricket ever. But, this time I am going to turn host for the IPL." Soon after this, a man who pretends to be his fan excitedly asks, "when is the trailer of Laal Singh Chaddha arriving?" to which the actor responds 'During the first innings." The fan asks "When during the first innings?" to which Aamir replied "First inning second strategic timeout".

The #LaalSinghChaddha trailer will be launched on 29th of May in the most awaited T20 cricket final to be hosted by none other than #AamirKhan. The trailer will play in the first innings during the second time out, on @StarSportsIndia & @DisneyPlusHS pic.twitter.com/V9h9qjpE5N

From unveiling the movie's trailer at IPL to launching his podcast, the actor has been picking up unique ways to promote the release of his upcoming movie. Laal Singh Chaddha is the official Hindi remake of the 1994 Tom Hanks classic Forrest Gump. The film will be a bigger treat for Aamir fans as the actor will return to the big screen after nearly five years.

Directed by Advait Chandan, the film is being bankrolled by Aamir Khan Productions, Kiran Rao, and Viacom18 Studios. The movie also stars Mona Singh and Chaitanya Akkineni in pivotal roles. After facing multiple delays due to COVID-19 and a clash with other major releases, the film is finally slated to release theatrically on August 11.

Earlier too, as the actor left no stone unturned to promote his upcoming drama flick, a video was doing rounds on social media which saw Aamir Khan challenging former Indian cricketers Irfan Pathan and Harbhajan Singh, stating that he is ready to prove his worth as an 'honest-to-goodness batter'. The video was shared a few days after former cricketer, Ravi Shastri, told Aamir Khan that he needs to improve his footwork if he wants to play in the IPL.

READ | Aamir Khan challenges Irfan, Harbhajan; says 'it's time to prove my worth as cricketer'