Taking to Instagram, Abhishek Bachchan mourned the demise of the Bollywood suit stylist Akbar Shahpurwala while writing a heartfelt note for him. 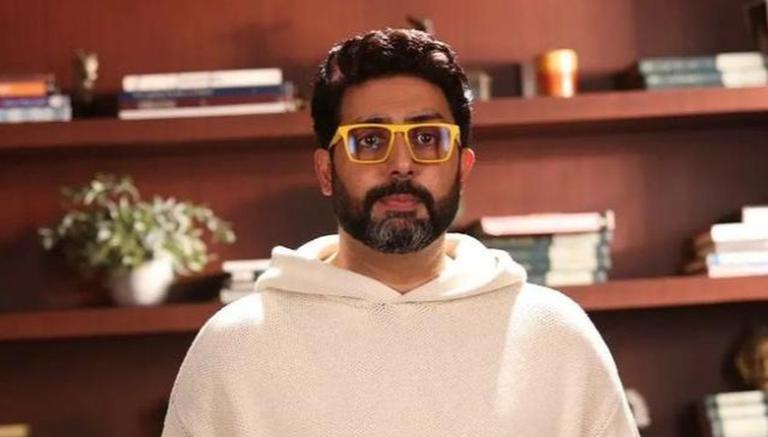 
Abhishek Bachchan was recently spotted at the Cannes film festival 2022 with his wife, Aishwarya Rai Bachchan, and daughter Aaradhya and left their fans in bliss. However, as the actor returned home after spending quality time with his family in France, he informed his fans about the demise of the notable Bollywood stylist, Akbar Shahpurwala.

Abhishek penned a note for him on social media while giving a glimpse of the late artist's suit collection.

Abhishek Bachchan recently took to his official Instagram handle and penned a note stating how he returned home to a piece of very sad news. In the note, he mentioned how Akbar Shahpurwala, a legendary Bollywood stylist recently passed away and added how the latter used to make his father, Amitabh Bachchan's costumes and most of his suits as well. Adding to it, he revealed how he personally cut and stitched his first-ever suit as a baby and stated that he wore it to the premiere of Refugee. Stating further, Abhishek Bachchan also expressed his love for the late stylist by adding how he was the best suitmaker in the world for him while stating that he will wear one of the suits he made and will feel blessed.

The caption read, "Returned home to very sad news. Akbar Shahpurwala a bonafide legend of the film world passed away. I knew him as Akki uncle. He made my father’s costumes and most of his suits from as far back as I can remember and many of my films too. He personally cut and stitched my first ever suit as a baby ( I still have it) to the tux I wore to Refugee’s premiere. If your costumes and suits were made by Kachins and then Gabana then you had arrived as a star. That was his influence and standing. If he personally cut your suit, then he truly loved you. He always said to me that “cutting a suit is not just tailoring, it’s an emotion. When you wear my suits, each stitch is made with love and filled with my blessings “. To me, he was the best suit maker in the world! I will wear one of your enumerable suits that you made for me tonight, Akki uncle, and feel blessed! Rest in peace" (sic)

The moment he posted the note on Instagram, numerous celebrity artists took to the comments section and expressed their grief on learning about the demise of the legendary Bollywood stylist. On the other hand, even the fans were overwhelmed by seeing the actor getting emotional. Take a look at the reactions. 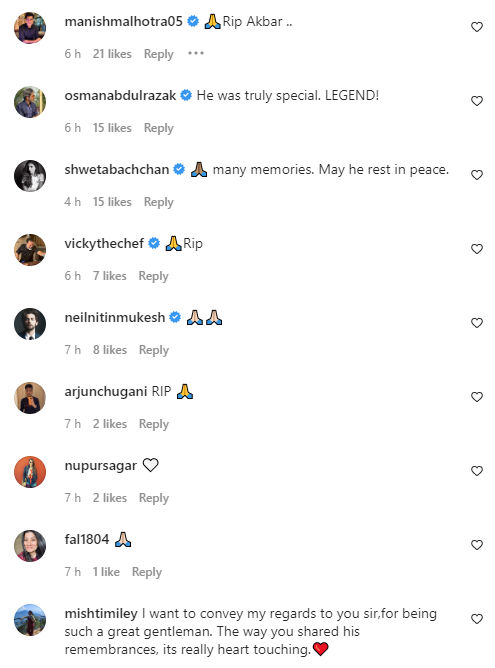