Adah Sharma has posted a new Instagram video that shows her demonstrating various exercises that shows a glimpse of her flexibility; Watch. 
Actor Adah Sharma is known to be a fitness enthusiast who frequently shares her workout videos on social media. While she has posted videos in the past that show her strength and endurance, her new video sheds a light on her flexibility. The actor is seen flaunting the flexibility she has achieved in her shoulders by demonstrating various exercises using a light stick. She shared the video along with a witty caption, which took no time in receiving reactions from fans, who penned all kinds of compliments for her in the comment section.

Adah Sharma on having “flexible shoulders” but “rigid values”

The latest workout video that Adah Sharma has posted shows her performing various shoulder exercises that would be difficult for most people. She is seen stretching her arms and shoulder all the way backwards and perform the same exercise in circular motion as well. Asking her fans to tag others who should try these exercises, Adah wrote, “Flexible Shoulders, Rigid Values 😉👀.. I mean try the rigid Values...flexible shoulders toh koi bhi kar sakta hai”. Her fans appeared to be clearly impressed with the video, as they praised her dedication towards achieving fitness to this scale. 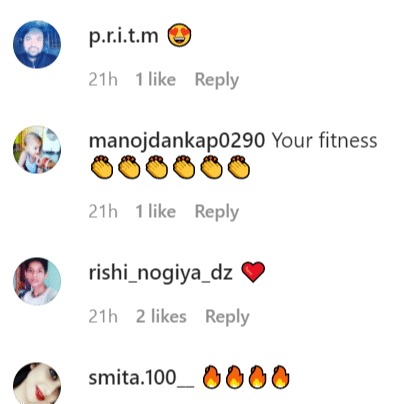 Previously, she had posted a video where she demonstrated her strength by performing another exercise. She was seen doing a handstand while stretching her legs front and back, comfortably holding on to her pose. While she's missing from the Bollywood scenario, she keeps her fans updated and entertained through her Instagram account.

Adah Sharma had made her debut in films back in 2008, after starring in the horror film 1920 opposite Rajneesh Duggal. She has since worked in quite a few film, including a handful of regional Indian films. Some of her popular films include Hasee Toh Phasee, Heart Attack, Subramanyam for Sale, Bypass Road and many more. She is best known for starring in the Commando film series opposite Vidyut Jamwal. Incidentally, her latest film also happens to be the third instalment of the series, which had released in 2019.