Aditya Seal Wraps Up Shooting For Next Film; Says, It's 'been One Hell Of A Sched!'

Indian actor Aditya Seal recently shared an Instagram post as he wrapped up filming for his upcoming movie 'Rocket Gang'. See the full article below.

Indian actor Aditya Seal recently shared a photo on his Instagram handle along with choreographer and director Bosco Martis and actress Nikita Dutta as they wrapped the shoot for their upcoming film. In the photo, the three can be seen sitting together, smiling and also wearing matching white hoodies that say "Rocket Gang", signifying the upcoming release of their film Rocket Gang. Seal shared the photo with the caption, "Been one hell of a sched!! #RocketGang #ScheduleWrap". Take a look at the photo below.

Aditya Seal's recent photo prompted many responses on Instagram. The actor's friend Bhakhtyar Irani also commented on the photo saying, "I'm waiting for my tee" referring to the "Rocket Gang" hoodie the actors were seen wearing in the photo. Many of Aditiya's fans also commented on the photo with compliments and praises for the actor saying he "always looks smart" and "Handsome Hunk" and much more. Some fans also simply left heart and kiss emojis for the actor showering him with love. Take a look at some of the reactions below. 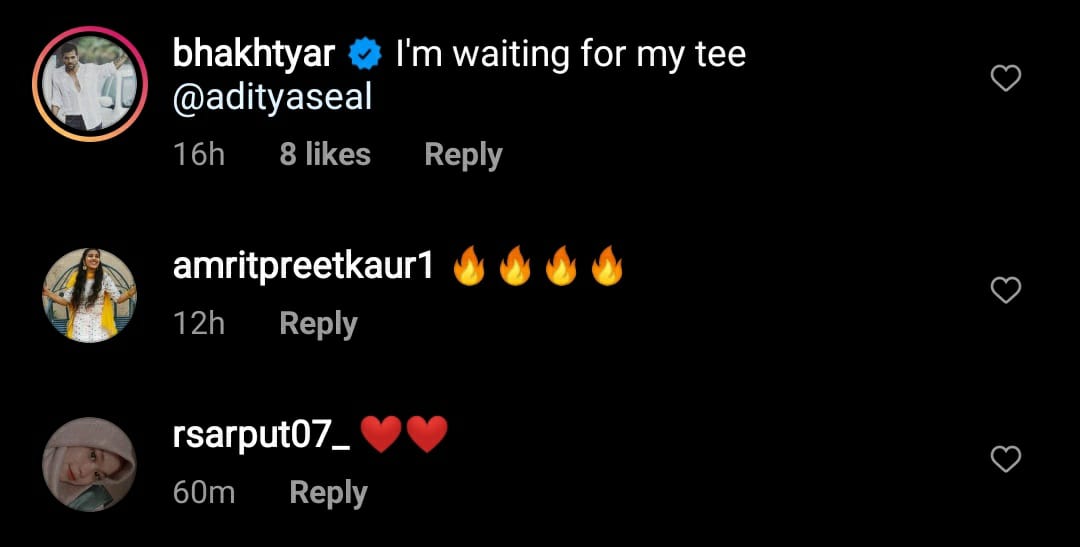 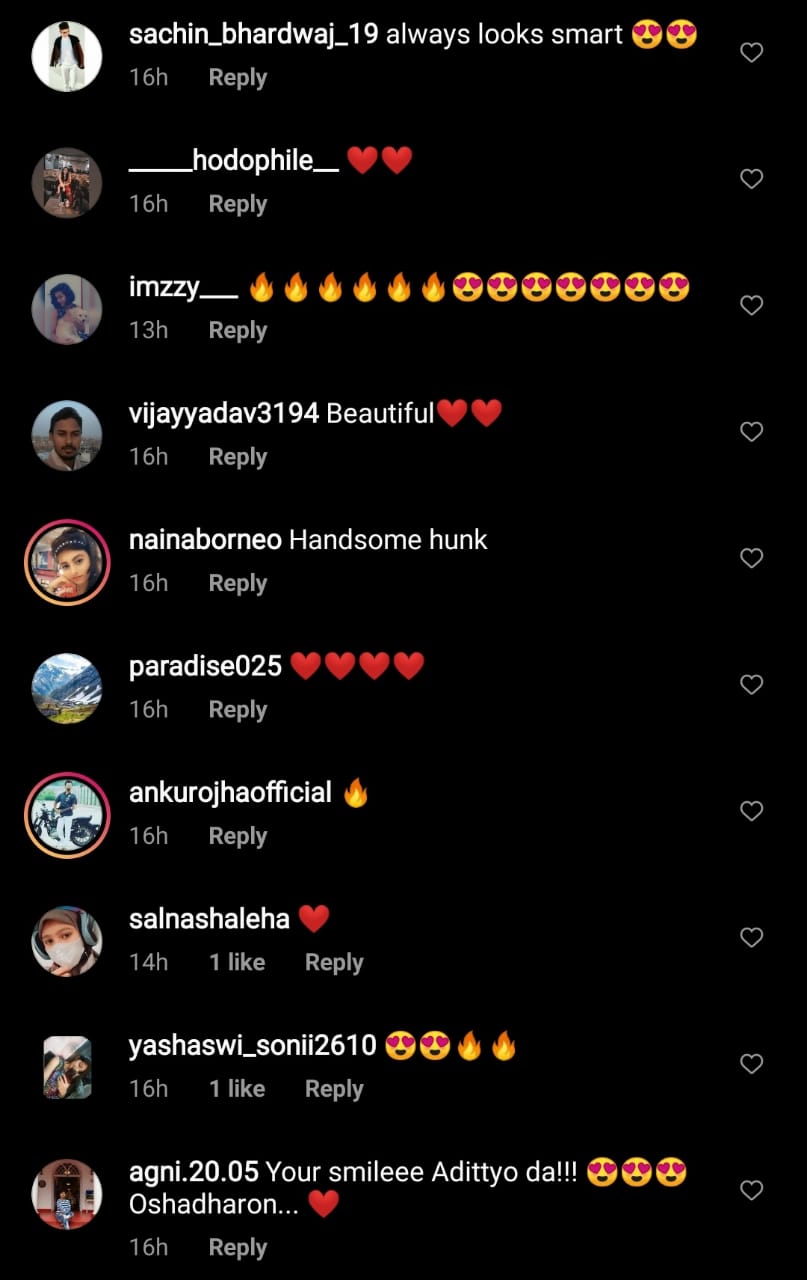 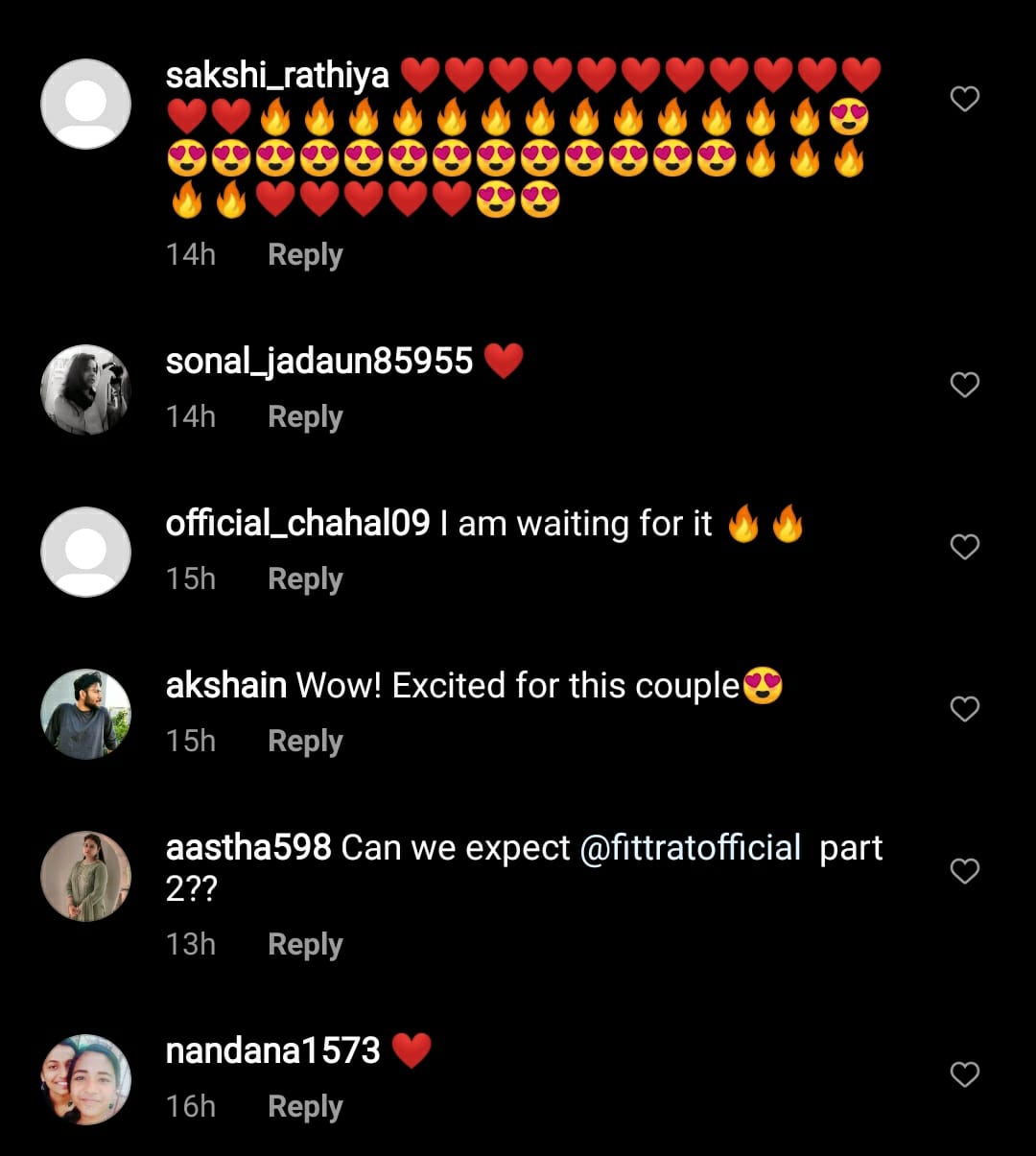 A look at Aditya Seal's movies and Instagram activity

Aditya Seal is a popular personality on Instagram as the actor enjoys a following of more than 400k on the popular platform. The actor often posts photos of himself, his work and his upcoming projects keeping fans updated with his life, much to their delight. Aditya Seal's movies include Tum Bin II in which he starred alongside actress Neha Sharma, Student of the Year 2 where he played the character of an antagonist and many more. Seal was last seen in the film Indoo Ki Jawani along with Kiara Advani.

Aditya is set to appear next in the film Rocket Gang, which will be a dance horror-comedy film. The film is slated for a summer 2021 release with no exact release date yet. Along with Aditya Seal and Nikita Dutta, the film will also feature selected dancers from the show Dance India Dance. Aditya is also set to appear in the upcoming film Ek Aur Ghazab Kahani which is slated for a 2022 release. Seal will also appear in the upcoming Netflix movie, The Invisible Mask.