On Father's Day 2022, Ajay Devgn was recently reminded of the time he used to accompany his late director father Veeru Devgan on film sets. 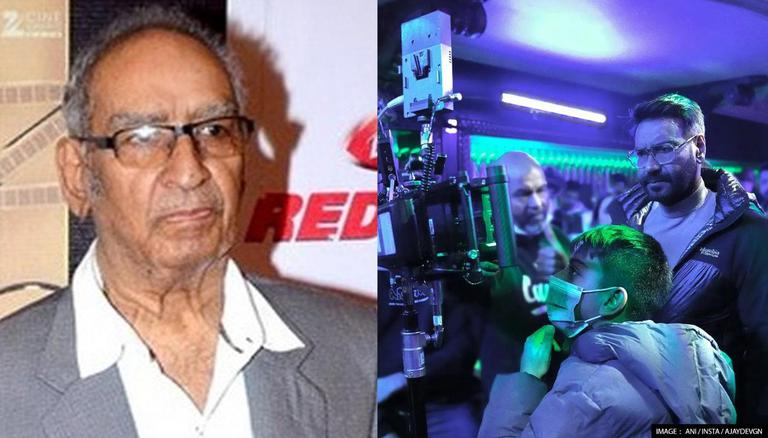 
Bollywood star Ajay Devgn has entertained the masses with his ace acting skills for the past several decades. While the actor is known for bringing different characters to life on the big screens, he has also served as a film producer and director. The actor made his directorial debut in the 2008 film U, Me Aur Hum and returned to the director's chair eight years later for the 2016 film Shivaay. He also helmed his latest film Runway 34. While Ajay Devgn is currently also pursuing his passion for making films, he was recently reminded of the time he used to accompany his late director father Veeru Devgan on film sets.

On the occasion of Father's Day 2022, Ajay Devgn took to his Instagram handle to share a photo of his son Yug accompanying I'm on one of his film's sets. In the photo, an intense Ajay Devgn could be seen looking at the camera's screen. While he concentrated on the screen, his son Yug peeked from one of the sides. Sharing the photo, Ajay Devgn penned how the picture reminded him of the time he used to accompany his late father on film sets. While his father stayed behind the camera, he used to curiously peek into the screens from the side. The Runway 34 star further added how he is trying to absorb his father's love for filmmaking.

The caption read, "It's moments like these that take me back to the days when Papa used to be the one behind the camera as I curiously peeked from the sides. Trying to absorb his love for filmmaking as much as I could."

Ajay Devgn was last seen sharing the screen space with legendary actor Amitabh Bachchan and Rakul Preet in the mystery thriller Runway 34. Apart from playing the role of Captain Vikrant Khanna, the actor also donned the producer and director's hat for the film. While the movie received positive reviews from critics and the audience, it failed to perform as expected at the box office. The movie faced competition from Yash starrer KGF: Chapter 2 and Tiger Shroff's Heropanti 2.