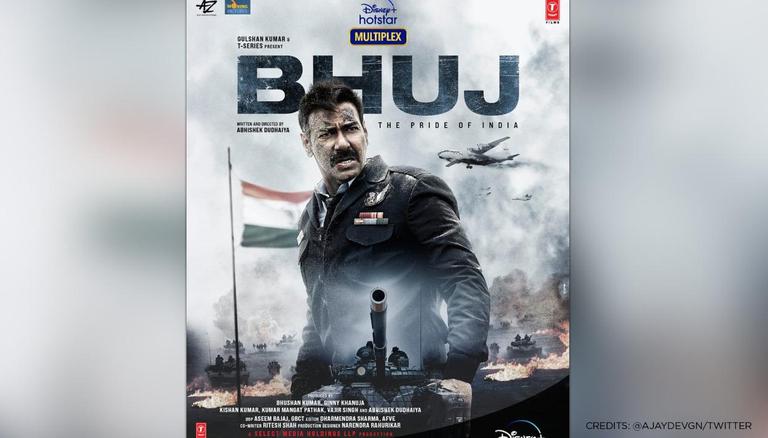 
Directed by Abhishek Dudhaiya, Bhuj: The Pride of India is one of the most talked-about movies among fans. The Ajay Devgn starrer, which also features Sonakshi Sinha and Sanjay Dutt in pivotal roles, finally has an official release date. The action-packed movie will soon be released on an OTT platform in mid-August.

Taking to his Instagram, the 52-year-old actor shared the dramatic poster of the movie while announcing its release date. To be released on August 13, the movie will be streamed on Disney+Hotstar VIP. The actor wrote, '1971. THE GREATEST BATTLE EVER FOUGHT. #BhujThePrideOfIndia releasing on 13th August only on @disneyplushotstarvip. #DisneyPlusHotstarMultiplex'. Netizens were quick to express their anticipation under the post by flooding the comment section with various emojis.

Also featuring Sonakshi Sinha, known for movies like Rowdy Rathore and R... Rajkumar, and Sanjay Dutt, known for Munna Bhai M.B.B.S., the movie is set in the backdrop of the 1971 Indo-Pak war. Nora Fatehi and Sharad Kelkar are also reported to be a part of the movie. The protagonist of the film, Ajay Devgn will be seen portraying the role of squadron leader Vijay Karnik. The actor is set to play the role of the leader in charge of the Bhuj airbase during the war, which was operational despite the ongoing heavy bombing from Pakistan. The base was raided 35 times over the span of 14 days during the war. The trailer of the movie is set to be released on July 12.

The National award-winning actor has appeared in over 100 movies throughout his career in Bollywood. His most notable works include Company, Deewangee, Singham Returns, Golmaal: Fun Unlimited and Hum Dil De Chuke Sanam. Known for his versatile roles across movies, the actor was last seen in Tanhaji. With a bunch of movies lined up for the upcoming months, the actor will be seen in Sooryavanshi and Gangubai Kathiawadi in cameo appearances along with Thank God and Mayday in 2022.