Bollywood actor Akansha Ranjan Kapoor of the Guilty fame recently took to her social media handle to share her views on the COVID-19 vaccine in India and asked the young boys and girls of the country to get themselves registered for the vaccination. She made her stand clear with a funny makeup reference.

As India is now starting the third phase of vaccination, the government has started the COVID vaccine registration for citizens who are 18 years and above. Reassuring the youth that there is nothing wrong with the vaccine, actor Akansha Ranjan Kapoor shared a post on Instagram that read, "I still use my NAKED palette from 2010. I am not worried about what's in the vaccine." Taking to her caption, Akansha encouraged the youngsters to register themselves for the vaccine by noting, "#bigfacts No but for real - GO GET YOURSELF VACCINATED, girls and boys!!!! Register today!"

Fans of the actor found the message informative yet humorous and took to the comment section of the post to share the same. Her fans dropped the teary-eyed laughing emojis in the comments, take a look. 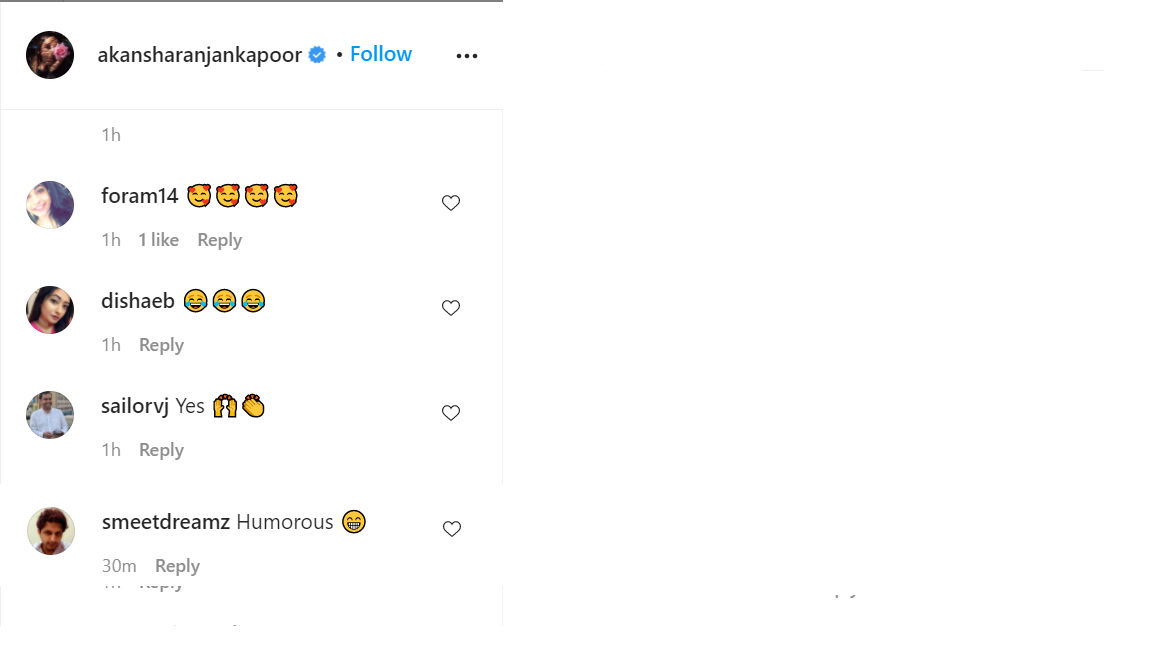 The actor had recently shared a picture giving her fans a glimpse of what she is up to during the lockdown. The actor shared that she has been clicking a couple of pictures of herself to get through day 3 of the lockdown. She revealed that she has used 1 filter for all the pictures and that her face is totally make-up free. Referring to her comment, Akansha's BFF Alia Bhatt asked her, "which filter?" Fans found the comment relatable yet very funny.

The actor along with her BFFs had jetted off to Jaipur in March to attend the wedding of one of her best friends Rhea. Akansha has taken to her Instagram account to share some gorgeous pictures of herself from the wedding festivities. Check out the pictures below:

On the work front, Akansha Ranjan Kapoor made her big debut in March 2020 with the Netflix movie Guilty alongside Kiara Advani and Taher Shabbir. The actor received a lot of love for her performance as a rape victim and also went on the bag the ITA award for Best Debut Female - Web. The actor will next be seen in anthology series on Netflix titled Ray. Akansha had taken to Instagram to share her excitement about being a part of the Netflix series.