Akshay Kumar: Trash-talking Anyone Under 21 Publicly Should Be Illegal

Akshay Kumar reacts on his kids Aarav and Nitara being exposed to paparazzi culture and trolling on social media. Says it breaks his heart to see the negativity

No one's averse to the concept of "trolls" on social media. While some put on their blinkers and ignore the comments totally, a few do get affected with the negativity that pours in on their pictures. It gets worse when these "trolls" write nasty comments about toddlers or kids. Akshay Kumar in an interview with a leading daily spoke about how he protects and trains his kids Aarav and Nitara who are subjected to such negativity on social media sometimes. He said that "trash-talking anyone under 21 publicly should be illegal."

"I think anyone that tries to exploit kids without permission for their own gain might need to take a hard look in the mirror and ask themselves ‘would they want anyone to do this to their own children’? As for those that troll toddlers and teens, I have no words for that kind of behavior. Trash talking anyone under 21 publicly should be illegal. It’s sad that such a great and powerful technology such as social media, is tainted by people wanting to hurt, mock, humiliate or just insist on throwing opinions with no fear of the damage such hate can cause the youth. All we can do as parents is, teach our kids to be thick skinned and pity those that have the time to hurt others. Star kids have enough pressure in life; the world doesn’t need to increase it by trolling innocent children," Akshay Kumar told Hindustan Times. 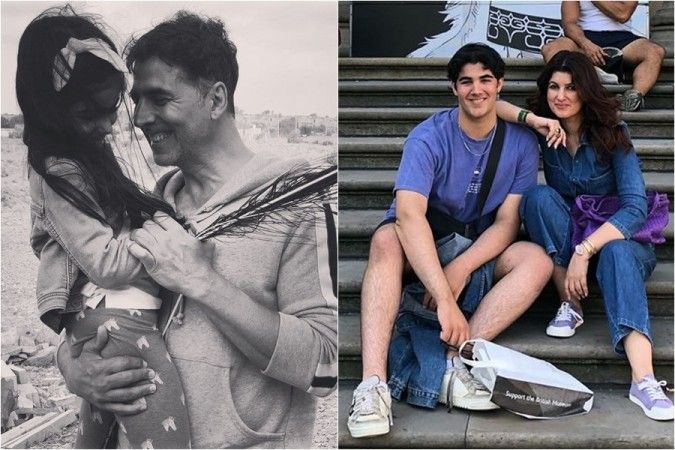 Talking about his 6-year-old daughter Nitara, Akshay said sometimes she doesn't even feel like stepping out because of the photographers as she dislikes flashlights or sometimes when Aarav refuses to step out because probably he is sweaty and tired, and doesn't want to be blamed for the same. In an assertive tone, Akshay highlighted that the kids till they decide to be in the limelight have not signed up for any of this unlike them and therefore they shouldn't be followed or criticized. Akshay Kumar concluded by saying, "That’s my opinion and like I teach my kids, it’s your choice whether or not you choose to be offended by what others say."

On his 52nd birthday (September 9), superstar Akshay Kumar announced his new project, a biopic on Samrat Prithiviraj Chauhan. Titled "Prithviraj", the movie will be directed by critically-acclaimed filmmaker Chandraparaksh Dwivedi. Yash Raj Films is producing the project. Akshay said playing "one of the most fearless and courageous kings of India, Prithviraj Chauhan" is an honour for him. "As a nation, we should always celebrate our heroes and immortalize what they did to propagate the values that Indians lived by. Prithviraj is our attempt to bring to light his valour and daredevilry.

"Prithviraj was the only person standing in front of a merciless nemesis and the bravery he showed, made him a true Indian hero, an inspiration for generations and a legend. So this announcement coming on my birthday has indeed made it more special for me," the actor said in a statement. "Prithviraj" will release worldwide on Diwali 2020. Akshay had earlier featured in "Kesari", a period drama revolving around Battle of Saragarhi, which chronicled a battle between 21 soldiers of the 36th Sikhs of the British Indian Army and 6,000–10,000 Afridi and Orakzai Pashtun tribesmen in 1897.