Akshay Kumar's Kashmiri doppelganger is going viral on the internet after his picture was shared on social media. The post has left netizens & fans floored

Akshay Kumar's Kashmiri doppelganger is going viral on the internet after his picture was shared on social media.

Mir Majid, the actor's lookalike has grabbed several eyeballs when a Twitter user posted a picture revealing that he is a fan of former Indian cricketer Sunil Gavaskar. Many netizens pointed out that Mir looks like an older version of Akshay, who is also a little shorter in height as compared to the 'Mission Mangal' actor. Many fans also joked that there are chances that the netizen who had posted the picture had used the viral FaceApp challenge. 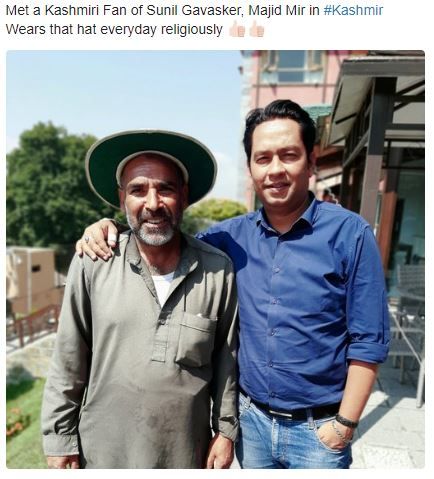 Meanwhile, the internet is left floored after looking at the post. "Akshay Kumar, will look like this after twenty years", "Oh my god, he looks like Akshay", ranged some of the comments. Read reactions below:

Is that Akshay Kumar ?

Akshay is currently riding high on the success of his latest release "Mission Mangal" which has crossed Rs 100 crore mark at the box office. The outlet reported that Akshay pulls in "at least USD 5 million and up to USD 10 million per film". He gets million through his endorsement of over 20 brands, including Tata and Harpic. 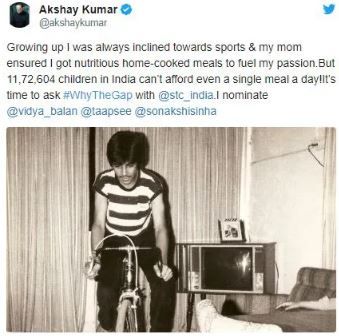 Akshay Kumar is currently basking the success of his latest film, 'Mission Mangal' that crossed the Rs 100 crore mark within five days. Next, the actor has a plethora of projects in his kitty, he will be seen in 'Laxmmi Bomb', and 'Sooryavanshi' as of now.