Bollywood actor Alia Bhatt aced the Yoga pose, Kapotasana, with her hands and legs resting on the ground while her back on a Yoga wheel in a new Instagram post. 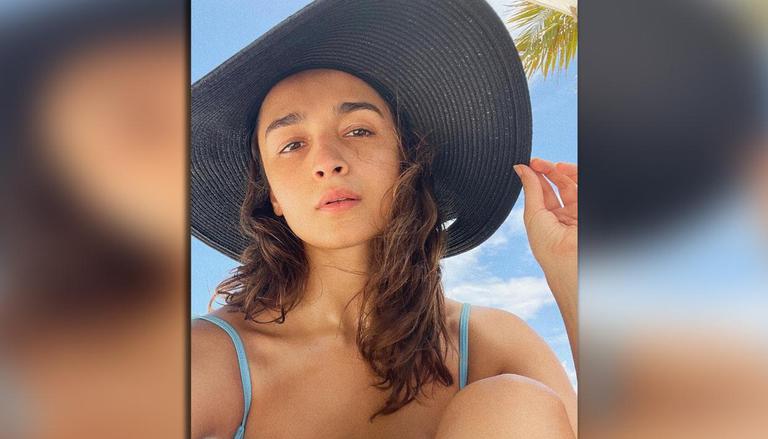 
Alia Bhatt is a busy actor with a number of projects in her kitty. Amid her packed schedule, the actor makes sure to keep her body and skin right for which she regularly exercises. She recently sent away her Monday blues by practising Yoga and motivated her followers with words of wisdom.

Taking to Instagram, Alia Bhatt recently shared a few photos of her acing a Yoga pose. The actor wore a pair of blue coloured Yoga bottoms with a grey tank top. She used a Yoga wheel and rested her back on it. The Gully Boy actor was performing Kapotasana with her hands and legs resting on the ground while her back was up on a Yoga wheel. In the caption, the actor wrote, "progress over perfection." Alia Bhatt's mother, Soni Razdan, and celebrity photographer Daboo Ratnani reacted to the post and praised the actor. Filmmaker Zoya Akhtar also commented on the post and asked Alia to speak to her soon. She wrote, "This is a sign!!!! We must speak soon."

Alia Bhatt recently wrapped up the shooting of her maiden production Darlings. The actor also stars in the film alongside Vijay Varma, Shefali Shah, and Roshan Matthew. While sharing how she celebrated the film's wrap, the actor posted a video compilation on Instagram. In the caption, she wrote, "Darlings, it's a wrap!! We have done our best to make a film that we are hoping you will love! See you at the movies 💖💖 (P.S. - Missed you!! @shefalishahofficial @roshan.matthew)." Vijay Varma reacted to the video and wrote, "Darlings log ek number 🔥."

The actor also began shooting for her film Rocky Aur Rani Ki Prem Kahani on August 20. She will be seen opposite Ranveer Singh in the upcoming film. It also stars veteran actors Dharmendra, Jaya Bachchan, and Shabana Azmi. To announce the commencement of the film's first schedule, Alia Bhatt shared a video from the sets. In the caption, she wrote, "Too many feels to fit in a caption☀️."

Meanwhile, Alia Bhatt is also waiting for the release of the Sanjay Leela Bhansali directorial Gangubai Kathiawadi. She also has Brahmastra lined up. The actor will star opposite Ranbir Kapoor and Amitabh Bachchan in this Ayan Mukherji directorial.