Actor Alia Bhatt who has a host of films lined up in her kitty, recently went to Hyderabad to begin shooting for 'RRR'; also shared a picture from vanity van. 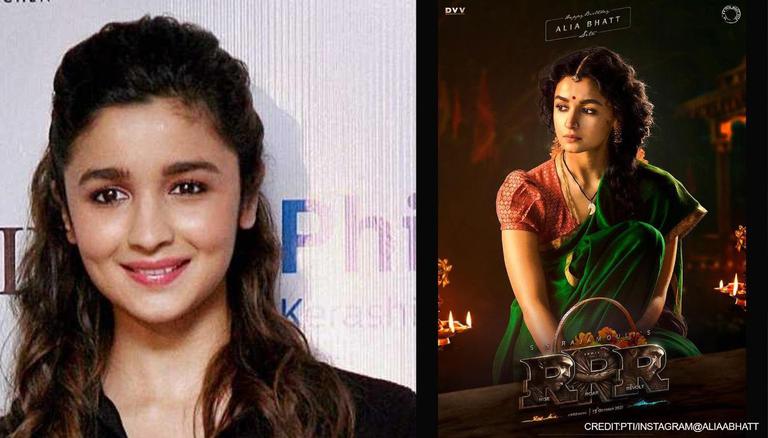 
Actor Alia Bhatt who has a host of films lined up in her kitty, recently jetted off to Hyderabad to begin shooting for her next film RRR. The actress recently took to Instagram and posted a picture from her vanity as she preps to step into the role of Sita. Along with the picture, the actress who was quite curious to resume shooting, wrote, “Rise And Shine.”

The film directed by Baahubali fame director SS Rajamouli features an ensemble star cast including Jr NTR, Ram Charan, Ajay Devgn, Olivia Morris, Samuthirakani, Alison Doody, and Ray Stevenson. This film is scheduled to hit the screens on October 13 and narrates the story of two legendary freedom fighters - Alluri Seetharamaraju and Komaram Bheem. RRR will be released across the globe in Hindi, Tamil, Telugu, and Malayalam. 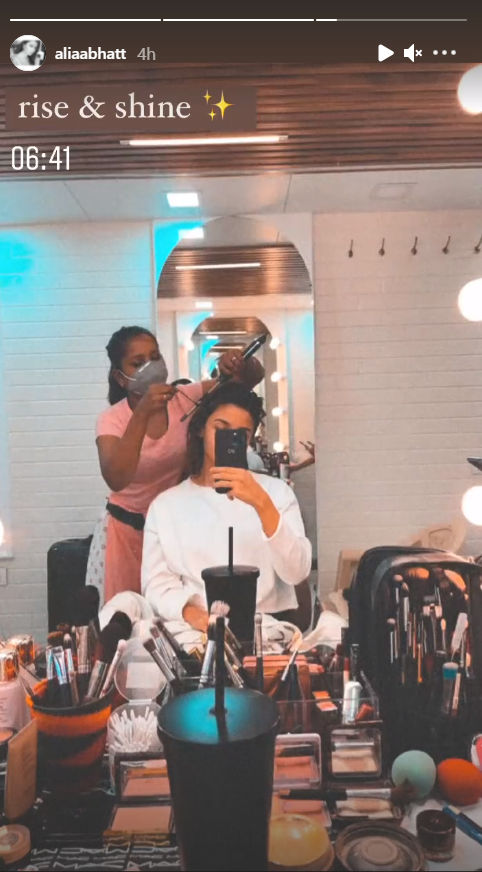 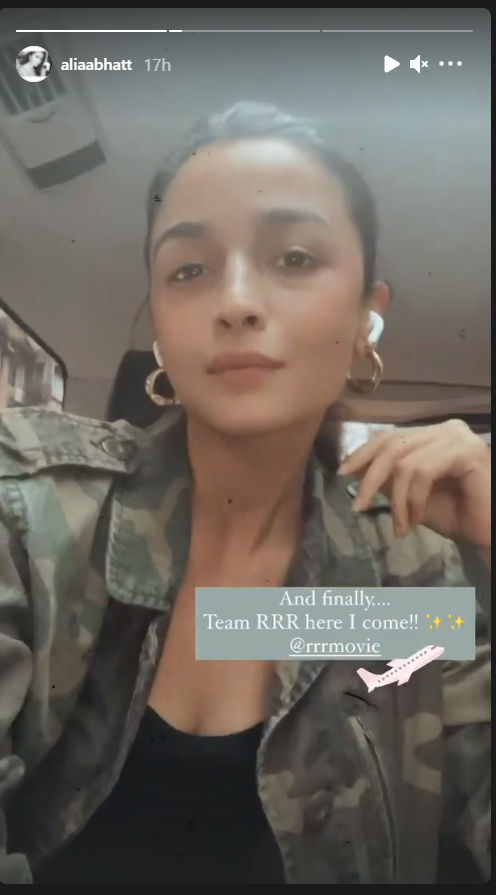 The actress who will be seen playing the role of Sita in the film has received tremendous love for her first look from her fans. She will be seen playing the role of Ram Charan’s wife in the film. On the other hand, Alia had recently signed a new film Rocky Aur Rani Ki Prem Kahaani. This love story will see Alia reuniting with Ranveer Singh. Jaya Bachchan, Dharmendra, Shabana Azmi are also a part of Rocky Aur Rani Ki Prem Kahaani. Apart from this, Alia will romance her rumoured beau Ranbir Kapoor in Brahmastra. She also has Sanjay Leela Bhansali’s Gangubai Kathiawadi in the pipeline which is towards its completion.

Other than these, Alia also began preparations for her next productions Darlings which will also star Vijay Verma and Shefali Shah in pivotal roles. Ahead of its shoot, Alia had shared on Instagram, “day one of the DARLINGS! My first film as a producer but I will always be an actor first & forever (in this case a very nervous actor) I don’t know what it is .. a night before I start a new film I get this nervous tingling energy all over my body... I dream all night about messing up my lines..become jumpy.. reach set 15 mins before time fearing I’ll be late! I guess this feeling will never go away.. and it shouldn’t - because being nervous.. and feeling unsure means you really really care.”

READ | Alia Bhatt to join the cast of 'RRR' soon to shoot an important segment: Reports