After pictures of actors Ranbir Kapoor, Alia Bhatt’s trip to Jodhpur surfaced on the internet, an unseen picture of the two has been receiving attention. 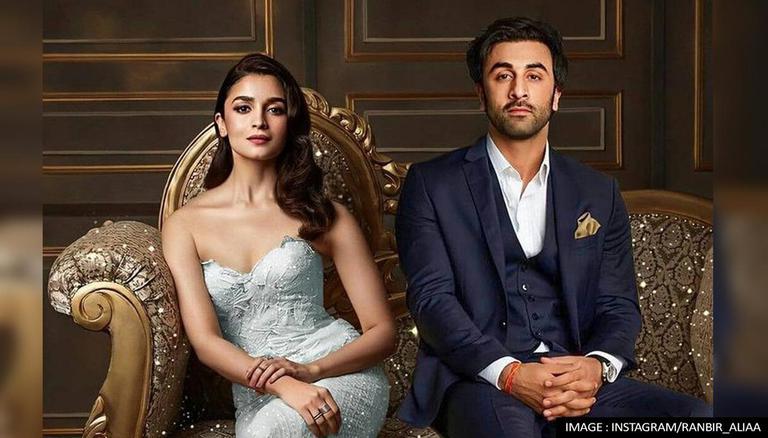 
After pictures of actors Ranbir Kapoor and Alia Bhatt’s recent trip to Jodhpur surfaced on the internet, a never–before–seen picture of the two from their other trip has also been garnering attention. It is not sure if it was taken during their recent Jodhpur trip together, where the two had headed to celebrate the Sanju actor's birthday. The picture showed them posing with a fan.

In the picture, Alia can be seen in a white and blue sweatshirt, which she paired with a pair of black pants while Ranbir is seen in a black vest with a pair of red shorts. Apart from them posing with a fan, the viewers can also catch a glimpse of the amazing picturesque valley and the beautiful sunset that doubled up as the background. Though it isn’t clear where the picture was taken, yet one of the fan pages wrote that they clicked the picture during their trip to Panchgani.

The rumoured couple recently travelled to Jodhpur to ring in Ranbir's 39th birthday. On his birthday, Alia shared a picture of the couple watching the sunset together along with a birthday note for him on Instagram. “Happy birthday my life (sic)", she captioned the post. Pictures of the two making their way from the crowd to the airport have also surfaced on the internet and have got them heaps of love from their fans.

Last year, Ranbir revealed during an interaction that if it weren't for the pandemic, he and Alia would have tied the knot. Meanwhile, the two have a host of films lined up in the pipeline. The two will be seen sharing screen space in the upcoming sci-fi Brahmastra. The film also stars Amitabh Bachchan and Mouni Roy in key roles. The film was slated to release last year, but due to the pandemic, the makers had to postpone it.

READ | Ranbir Kapoor holds Alia Bhatt protectively as they make their way to the airport; Watch

Besides their film Brahmastra, Ranbir will be seen in Shamshera, Sandeep Vanga Reddy's Animal, and an untitled film with Shraddha Kapoor, directed by Luv Ranjan. Ranbir’s next Shamshera will release on March 18, 2022. On the other hand, Alia has Rocky Aur Rani Ki Prem Kahani, Gangubai Kathiawadi, Darlings, RRR and Takht.