Alia Bhatt is all set to appear in Dabboo Ratnani's calendar for 2021. The actress in a recent video talked about how upcoming shot for the calendar - 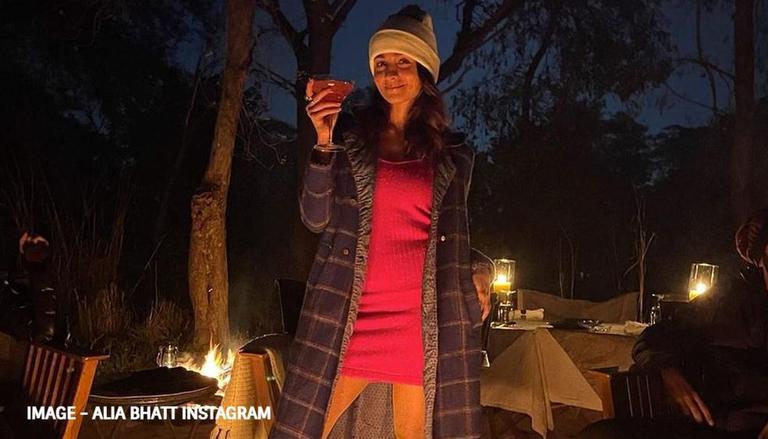 
Indian actress, Alia Bhatt, recently appeared on Indian fashion photographer Dabboo Ratnani's Instagram handle in a video. Alia is all set to appear in Ratnani's 2021 calendar, which the photographer has been publishing since 1999. Several actors including Vidya Balan, Bhumi Pednekar, Deepika Padukone among others, have posed for Dabboo Ratnani's yearly calendar in the past, including Bhatt.

Alia Bhatt recently appeared in an Instagram video on Ratnani's handle, in which the actress announced that she was shooting for Dabboo Ratnani's calendar. Alia then explained her experience shooting for the calendar this year. She said:

As usual it has been super simple, super easy, super effortless. Just exactly how Dabboo is and exactly how is shoots always go.

The actress also went on to explain once again how her shot this year was "effortless" and "flowy". The actress who was at a loss of a good word to describe her shot, got a little help from Ratnani who weighed in with "it's sexy". The actress then agreed with Ratnani saying, "it's sexy," adding, "I don't like to say that about my own shot but yeah some people say it's sexy".

The actress, then once again at a loss of words, explained how her shot this year was "very still" but also "very active", at which both Bhatt and Ratnani burst out laughing. Alia then went on to conclude the video by talking about how she was going to be a part of the calendar. She said:

It's my shot and as usual, I have to be a part of Dabboo Ratnani's calendar.

Ratnani shared the post on his Instagram handle with the caption, "#btswithdabboo with Alluring Alia @aliaabhatt for #dabbooratnanicalendar. Her Shot is Magnetic!". Take a look -

On the work front, Bhatt is currently awaiting three upcoming projects for the future. The actress will next be seen in an as the highly anticipated, Gangubai Kathiawadi. Bhatt will also appear in the Telugu film, RRR, along with actors like N. T. Rama Rao Jr., Ram Charan, and Ajay Devgn. Bhatt will also appear in the upcoming Bollywood superhero film Brahmastra along with actors like Amitabh Bachchan, Ranbir Kapoor, Mouni Roy, and Nagarjuna Akkineni.