Alia Bhatt Reveals The Truth Behind The Pictures Of Her ‘fight’ With Beau Ranbir Kapoor; Reacts To Marriage Rumours

Did you feel something was amiss in the recent viral video where Ranbir Kapoor and Alia Bhatt are seemingly arguing? There’s nothing to worry as the actress clarified it’s her ‘usual face’ and that the couple is going strong. However, she clarified that she is ‘too young’ to get married and that they’ll take the next step towards a 'stronger bond' at the right time.

Did you feel something was amiss in the recent viral video where Ranbir Kapoor and Alia Bhatt are seemingly arguing? There’s nothing to worry as the actress clarified it’s her ‘usual face’ and that the couple is going strong. However, she clarified that she is ‘too young’ to get married and that they’ll take the next step towards a 'stronger bond' at the right time.

READ: After ‘fight’ Video Goes Viral, All Is Not Well Between Alia Bhatt-Ranbir Kapoor? The Actress Has This To Say About Their Valentine’s Day

Opening up on the conjectures of a trouble in their paradise after their pictures and video went viral, in a recent interview, Alia laughed off the analysis and said she found it funny that people said she was crying in them. The actress added it’s a ‘joke’ for people with whom she works with on the film sets and other near and dear ones who keep asking her why she is looking sad and ask her to cheer up.

The ‘Student of the Year 2’ star continued that people close to her know it’s her ‘’usual face’ when she is focused or thinking about something. The 25-year-old wondered how her frown had become a sensation and a ‘new story is being cooked up’ everyday about her sadness. 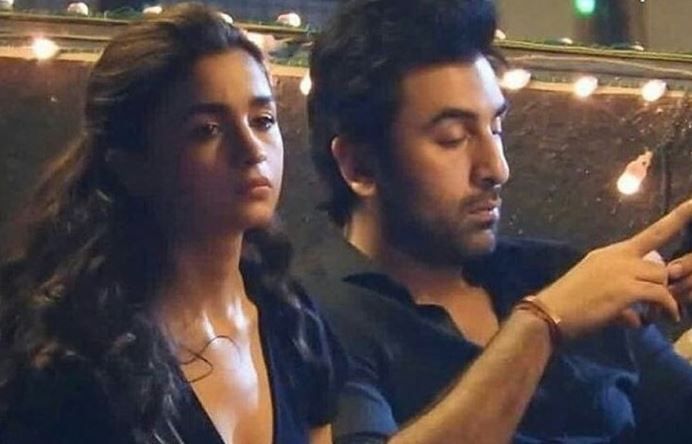 Alia asserted all the speculations on the trouble in their paradise were not true and that she doesn’t feel the need to clarify anything as she knows the truth deep in her heart.

On the marriage rumours, the actress admitted she was 'beginning to get terribly irritated’ about it. The ‘Highway’ star added her answer remains the same, which is that she doesn’t plan to get married now.

She clarified that being happy in the relationship currently doesn’t mean they had to tie the knot immediately.  Alia stressed that she is ‘too young’ to think about it yet and they will ‘come to it’ if they feel the need to be in a 'stronger bond.'

The actress concluded she is ‘married’ to her work and her relationship is also going strong on the other side.

READ: Alia Bhatt Opens Up On Her Break-up With Sidharth Malhotra, Read Here

After their pictures had gone viral, Alia had stated that she was ‘definitely Valentining’ and Ranbir ‘was also there’ when asked about her Valentine’s Day amid the break-up reports. A snap of the duo enjoying a special meal on the day of love had also surfaced.

PEOPLE HAVE PLEDGED SO FAR
Ajay Devgn’s net worth soars as ‘Tanhaji’ box office collection breaks records; read
Salman Khan: Interesting trivia about the actor in 'Biwi No 1'
Bhumi Pednekar gets a surprise success party on the sets of 'Durgavati', see pics
After TroyBoi's dig at 'Baaghi 3' song, makers claim that they bought original rights
Disha Patani is too hot to handle in 'Do You Love Me' from Baaghi 3, say fans
DO NOT MISS
AKHILESH VISITS AZAM KHAN IN JAIL
JUSTICE S. MURALIDHAR ON TRANSFER
BREACH OF PROPRIETY OR CONVENTION?
DELHI VIOLENCE: CRIME BRANCH FORMED
SHOCKING FINDINGS AT TAHIR'S OFFICE
SONIA GANDHI MEETS PRESIDENT