Alia Bhatt Shares Her Watchlist During Quarantine; Check Out The List

Quarantined after testing positive for Covid-19, Alia Bhatt has shared her entire Isolation watchlist for fans. Read to know what Alia Bhatt watched this week.


Alia Bhatt has decided to catch up on some of her favourite movies during her quarantine period. The actor had shared the news of testing covid positive on April 2, 2021, but she continues to engage with her fans on social media. She recently took to her new production house Eternal Sunshine Productions' Instagram handle to share what's been keeping her busy during quarantine.

The Raazi actor shared her entire watchlist, the list of movies she watched from Thursday to Monday, with fans titling it as "At home but spending time with what I love the most". The list began with two Marvel movies, Captain America and Iron Man 1 & 2. Her third favourite was the Oscar-nominated drama starring Riz Ahmed, Sound Of Metal. Sanya Malhotra's Pagglait, which released on March 26, 2021, too, made it to Alia's list. She ended the list with two Disney Pixar movies, Up and Soul.

The actor even encouraged her fans on her personal Instagram account to check out the watchlist on Eternal Sunshine Productions' official page. 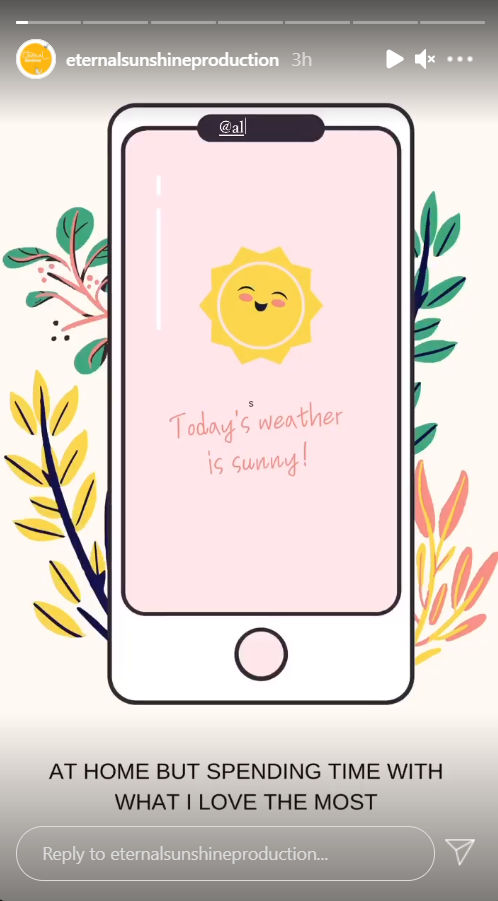 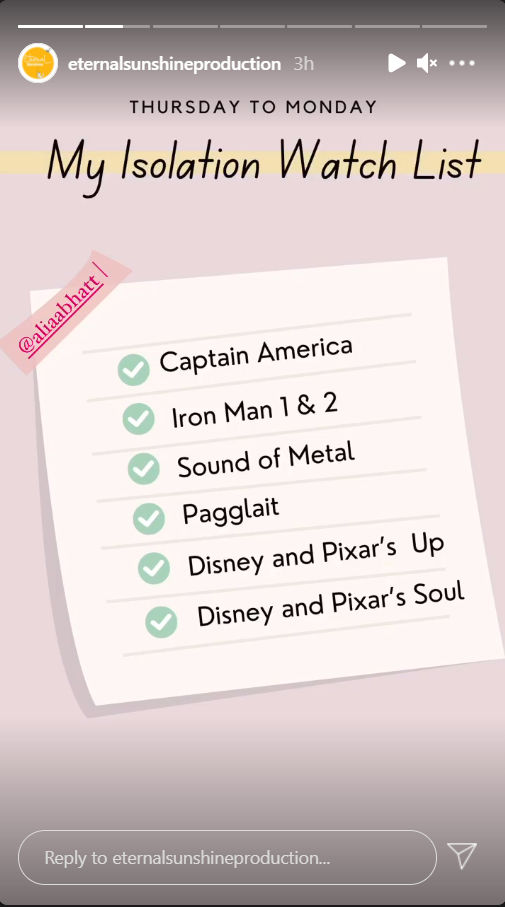 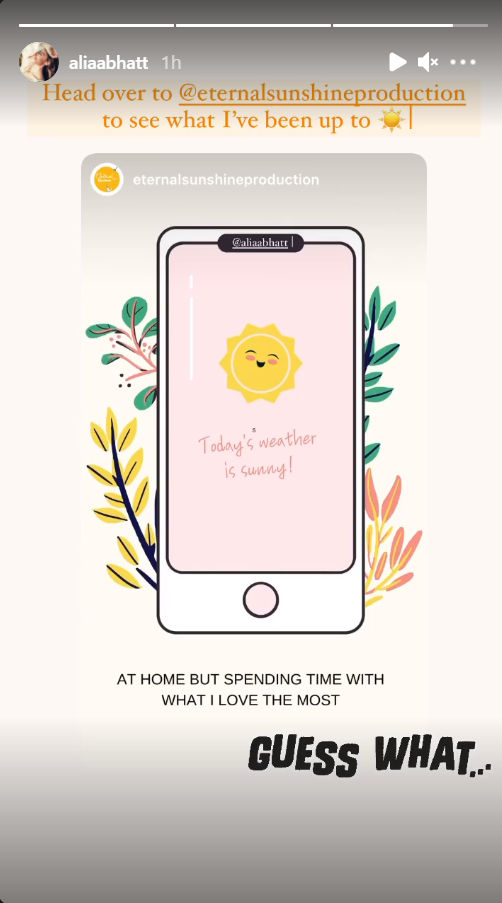 Recently, Alia Bhatt took to her Instagram account to give a health update to her fans. She was cosied up in her bed, snuggling with a plushy. She wrote "one day at a time" with an upside-down smiling emoji. The post received more than 1.5 million likes.

Alia Bhatt is expecting many releases in the upcoming years. Currently, she is expecting two movies in 2021 including SS Rajamouli's RRR and Sanjay Leela Bhansali's Gangubai Kathiawadi. Before testing positive for COVID-19, the actor was shooting for Ayan Mukerji's Brahmastra: Part One Of Three, starring boyfriend Ranbir Kapoor, Amitabh Bachchan and Nagarjuna Akkineni among others.

The actor also introduced her first project under Eternal Sunshine Productions' banner, Darlings. While little is known about the project, she revealed that she would be producing as well as featuring in the new movie. Other Darlings cast members include Shefali Shah, Vijay Varma and Roshan Mathew. The music composition will be managed by Vishal Bharadwaj and the lyrics will be penned by Gulzar.