Alia Bhatt shared a daydreaming picture of herself and fans have been gushing over the same. The actor will be next seen in Brahmastra, RRR & many more films. 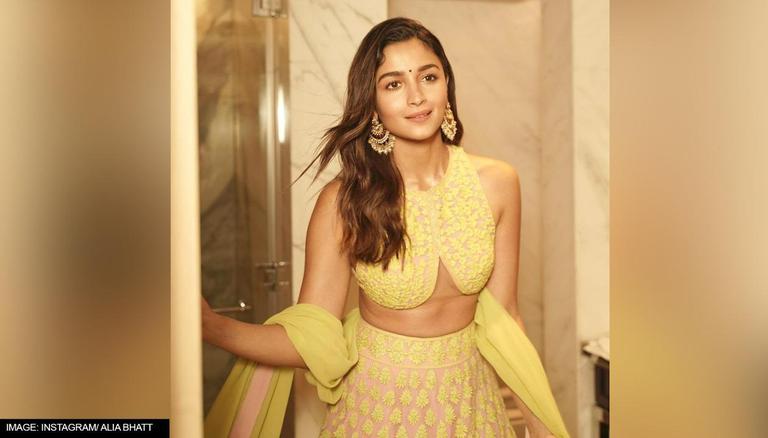 
Let it be through her on-screen performances or her off-screen persona, Alia Bhatt has mastered the art of ruling the hearts of people across the world. After proving her mettle in acting, she added some big names to her portfolio with some highly anticipated projects including the likes of RRR, Gangubai Kathiawadi, Brahmastra, and many more. She often keeps her fans updated on her personal life by sharing some glimpses from her daily routine across social media. Recently, the Gully Boy actor shared a daydreaming picture of herself and fans have been gushing over the same ever since.

Taking to her Instagram handle on Saturday, Alia Bhatt dropped a picture in which she could be seen donning a lavender and peach checked top teamed up with dark blue denim. Alia looked nothing but adorable as she posed in the backdrop of a library. The Raazi actor, sitting on a wooden chair, chose to let her hair flow. She captioned the picture, "here but not there, always far away somewhere ☁️✈️🙃".

Alia Bhatt on the work front

Alia Bhatt will soon be seen in the fantasy action movie Brahmastra alongside beau Ranbir Kapoor. Meanwhile, the actor will be playing the role of Sita in the period actioner RRR. The movie is a fictional take that revolves around two Indian revolutionaries, Alluri Sitarama Raju (played by Ram Charan) and Komaram Bheem, (played by N. T. Rama Rao Jr.) who fought against the British Raj and Nizam of Hyderabad respectively. Ajay Devgn will play an extended cameo in the movie along with Shriya Saran, Samuthirakani, Alison Doody and Ray Stevenson. RRR was initially scheduled for theatrical release on July 30, 2020, but was delayed due to the COVID-19 pandemic. Now, the film is scheduled to be released theatrically on January 7, 2022.