From her mature acting in patriotic drama 'Raazi' to her latest outing 'Gangubai Kathiawadi', versatile star Alia Bhatt has proved her mettle from time to time. 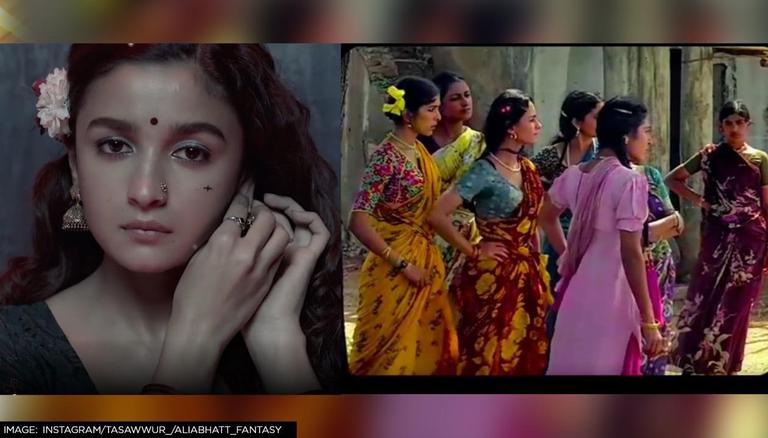 
From her mature acting in patriotic drama Raazi to her latest outing Gangubai Kathiawadi, versatile star Alia Bhatt has proved her mettle from time to time. The star's exemplary performance as the owner of a brothel house in the film not only won her critical appreciation but also smashed the box office records.

Now, as the film garnered a terrific response from fans, an old video from Alia's mother Soni's 1983 film Mandi proves how close is the actor's performance in Gangubai Kathiawadi to that of the veteran actor in the iconic film. A Twitter user shared a video from the iconic film that gives an uncanny resemblance between the two characters.

The users bombarded the comment section with their takes and agreed that Alia did look like Soni in Gangubai Kathiawadi. The video was a clip from the film that showed Soni as a sex worker as she speaks her dialogue. The user compared the senior actor's looks with that of her daughter Alia.

The user wrote, "In the late 70s @Soni_Razdan acted in #Mandi as a sex worker, now @aliaa08 in #GangubaiKathiawadi, both have a tremendous resemblance, both are best actresses. Soni then looks ditto Alia of now." Soni who came across the video on the micro-blogging site reacted to the same and wrote, "Oh gosh a blast from the past all right!."

One of the users reacted to the video posted by the Twitter user and wrote, " Soni is looking completely like Alia in this film." Another user commented, "Alia looks just like u then!." A third user echoed similar sentiments and commented, "Omg I thought it was Alia from Gangu for a moment. Unreal."

Omg i thought it was Alia from Gangu for a moment. Unreal

Alia looks jut lik u then!

The 1983 film Mandi boasted a stellar star cast, including Smita Patil, Neena Gupta, Ila Arun, Naseeruddin Shah, Amrish Puri, Pankaj Kapur, Om Puri, Satish Kaushik, Kulbhushan Kharbanda, and others in key roles. The film which was directed by veteran Shyam Benegal was based on the short story Aanandi by writer Ghulam Abbas. The film revolved around a brothel in the heart of a city, the location that some politicians wanted for another purpose.

Meanwhile, on the other hand, Alia Bhatt's performance in Gangubai Kathiawadi won critical acclaim across the nation. The film also got premiered at the Berlin Film Festival. Directed and written by Sanjay Leela Bhansali, Gangubai Kathiawadi is produced by Bhansali Productions and Dr. Jayantilal Gada (Pen Studios.)