This Bollywood couple will give their first interview for 'Rendezvous With Simi Garewal', confirms Garewal.

A show that was a hit in the late 90's will soon be re-introduced after 15 long years. 'The Lady in White', she was popularly known as — Simi Garewal anchored her show  called 'Rendezvous With Simi Garewal' (1997). With 5 seasons and 140 episodes later, Garewal will be back with her show!

Who will be the first guests to open the show? In an interaction with a daily, Simi Garewal revealed that it will be none other than Deepika Padukone and Ranveer Singh. She said that she never reveals names till she has shot the episode but this one she couldn't hide as the couple has promised their first interview for Rendezvous.

Talking about the new format of the show, Simi said she will not resort to gossip and games because in her opinion, people do that when they 'cannot make a conversation' and it's an 'easy way out'. But Rendezvous with Simi Garewal involves a lot of research as the show focuses on getting to 'know the person'.

Simi also confessed that she receives messages from her fans and viewers saying they don't like the format of the present talk shows. According to the reports, the show will stream on her YouTube channel.

The show 'Rendezvous with Simi Garewal' was inspired by 'The Oprah Winfrey show', and saw the celebrities from all sectors of life film industry, businessmen, sports, politcs and more, having personal and intimate conversations about their life and career. Simi hosted guests like the Bachchans, Dev Anand, Jackie Chan, Rekha, Shah Rukh Khan and wife Gauri, Aishwarya Rai, Hrithik Roshan and his then wife Sussanne Khan, Saif Ali Khan and with ex-wife Amrita Singh and more. 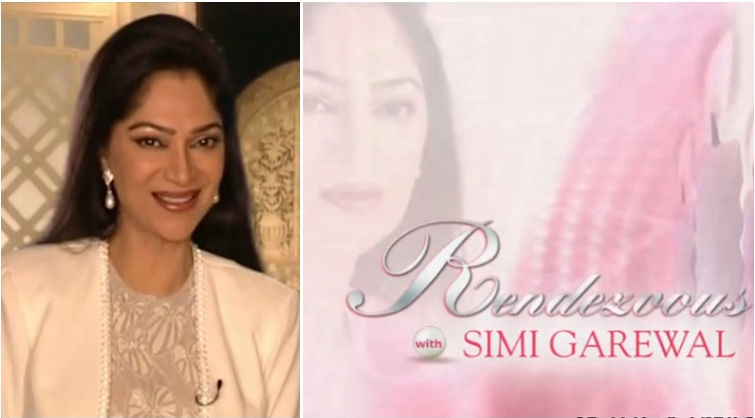 Back in 2017, Simi Garewal completed 50 million views and actor Rishi Kapoor was among the first ones to congratulate Garewal on his Twitter handle and also demanded that she returns with her show!

Amazing! So very happy Simi,you achieved this by your sheer hard work,dedication and perseverance. We need your show"Rendezvous"to air ASAP! pic.twitter.com/tVgbeExahK