Amid Afghanistan Crisis, Sonu Sood, Other B'wood Celebs Express Solidarity With The Nation

Amid the Afghanistan crisis, Sonu Sood and other Bollywood celebs expressed solidarity with the nation as visuals on social media shocked them. 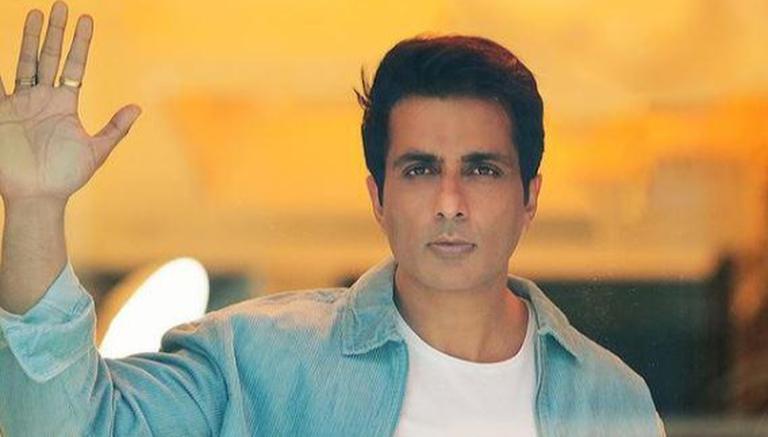 
Celebrities of the film industry expressed their solidarity with Afghanistan as the nation battled a crisis with the Taliban taking over the nation. They extended their prayers to the nation. They also feared the situation for the women and children in the country and if the other nations will support them.

Sonu Sood, Sonal Chauhan, Sayani Gupta, Luv Sinha were among the celebrities who reacted to the ongoing crisis in Afghanistan.

In a tweet, Sonu urged the nation to be 'strong.' The actor assured the citizens that the whole world was praying for them.

Afghanistan Stay Strong
Whole world is praying for you 🙏

Sayani Gupta expressed, with an emoji, that her heart was breaking with the ongoing crisis in Afghanistan. The actor added that she was 'worried sick' about the women and children and hoped that God would save them.

Afghanistan 💔
Worried sick about the women and children.
God save them!

Sonal Chauhan wrote that the Afghanistan crisis took place and people lost their freedom when India was celebrating its freedom on Independence Day. The actor added that she was 'deeply worrried' about the kids and women. She stated that her 'heart bleeds' while wishing to do something in times of 'helplessness.'

While we celebrate independence here, some people lost their freedom and more. Deeply worried and concerned about the people, especially women and kids in Afghanistan. My hearts bleeds. In moments of such helplessness, I wish I had the power to do something.

Luv Sinha wrote that the situation was a 'warning' of what happens when a nation is taken over by fundamentalists. He termed it a 'shame' that most nations won't get involved in helping Afghanistan.

Taliban took over cities like Kandahar, Herat and Lashkar Gah, thus encircling the Afghanistan government in Kabul as the United States of America retreated from the nation after 20 years. It demanded the government to ensure a 'peaceful transition' to the terror group. President Ashraf  Ghani resigned when the Taliban ventured into the outskirts of Kabul.

This was after the Taliban established its foothold on areas like Mazar-e-Sharif on Friday and Jalalabad and Lashkar Gah on Saturday. Diplomats were evacuated by the USA troops via helicopters.

Chaos reigned at the Kabul airport as people rushed to leave the country as soon as possible. Several people were injured at the tarmac when they attempted to climb a plane. Even the airport staff seemed to have fled to safety.